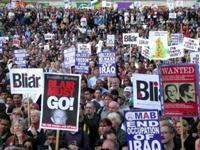 HereĀ’s a question or two. Do you have any spare time? CanĀ’t be bothered to work? Are you lonely and sad? Ask the Prickly Pair

Well hereĀ’s the answer, get a cause; by that I mean volunteer to do a few hours at Oxfam or save the world and become a protester. Ā“What of?Ā” I hear you ask. Well anything really, whatever takes your fancy, from politicians to the WomenĀ’sĀ’ Institute, to lazy rich kids, film stars, models and to dirty smelly people with kids living in tents. They all have a cause, something to protest about.

YouĀ’ll be glad to hear I have chosen mine! I will be protesting against pressure on fatties (P.O.F) and I shall be lobbying the government to insist on people that are too slim to put on weight or be penalised.

I shall also be doing my bit to cut down on my emissions in my country by flying to other countries as often as possible. Ā“Ah! But what about the fuel emissions?Ā” I hear you ask. Well, as far as I can see, although I use up my share of air fuel while I am away, all my electrics, lights, heating, etc. are unplugged in my absence so, you see, I am doing my bit.

Anyway any of you who canĀ’t be bothered to be conscious never mind, after all itĀ’s only the newest trend.

For instance, letĀ’s consider that master scrounger, Prince Charles, he that bangs on about natural remedies.  As soon as Camilla needed surgery on her royal insides, she soon footed it to the nearest hospital. No amount of hubbyĀ’s herbal remedies rubbed on her royal nether regions would do in her case, just good, old fashioned drugs and surgery, nothing less!

Did you hear about the woman named Sian Berry who targets 4x4s in London? Apparently she sticks her own parking tickets to offending vehicles, drawing ownersĀ’ attention to fuel emissions. Ā“So farĀ” she brags Ā“I have done about 140,000Ā”. Well Sian, to me that sounds like a lot of trees had to suffer for your 140,000 parking tickets. Stupid cow!

And the equally stupid Peter Myers with his cause on aviation emissions; apparently a lot of his supporters are from financial and advertising backgrounds. Does it mean that his advertising supporters would turn down a million pounds contract from Shell then? Would they? BoĀ…cks!

But what really surprised me was the good old WomenĀ’s Institute. You know the silver haired, nosy, holier than thou do-gooders and jam makers extraordinaire? Apparently a rogue member by the name of Jane has got onto the climate change and packaging cause. She informs us that member ages average between 32 and 93 years. Excuse me Jane! Considering you have 211,000 members that could possibly make you some of the biggest offenders for damaging the ozone layer; with 211,000 members from 32 to 93, that equates to an awful lot of blue rinse running down the sinks all over the country and thatĀ’s not mention the hair spray (ozone friendly Ā– not). Then there is another bright idea from the leader of the pack, Jane - car sharing. DonĀ’t get me wrong, I am quite willing to do my bit, but sharing a car with a 93 year old seems like a cause too far for me.

What about the pedalling politicians? Have they ever thought about the factories pumping out crap just to supply rubber tyres for their bikes? Not to mention the amount of deodorant needed to stop the stench of sweat after 10 ft of pedalling for a photo shoot.

Ah, letĀ’s not forget the hippy parents pushing plastic covered buggies on an eco-march to save the planet for the children. With the amount of lentils they eat they have probably punctured a few layers of ozone themselves. I bet they choose plastic nappies as opposed to traditional towelling ones.

Anyway by the time their children of today have become alcoholic, drug taking glue sniffing adults any fresh air could probably kill them.

Until the next time, save yourselves. 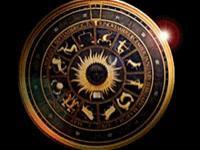