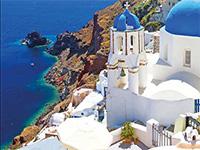 The summer holidays booking season has started and the television adverts have never been so HOT.

The cost of a family holiday is one of the first thing that people seem to look for. It make sense, after all it is a major expense even when you consider a package holiday for the whole family plus the extra ice-creams, bar drinks, meals (if not included), local tours, amusements, car hire, and the rest.

However I think there ought to be a balance between saving on costs, safety, comfort and available facilities.

I may be biased but, one of the most  popular summer locations is and always will be Southern Spain. The reason is obvious: sunshine, Mediterranean, beaches, good food, cheap drinks, plenty to do and lots of places to visit. All at prices that are still comparatively cheap even when looking for the more exclusive and more expensive  restaurants or hotels. Most importantly, it is probably one of the safest places to visit with an excellent medical service available, although you need to make sure you  are covered by an adequate health plan.

One is spoilt for choice between tour operators and cheap airlines, the latter is one of the incentives that encourage holiday makers to buy their second home and even  ove to Spain as residents. This is happening with British nationals even more so now after Brexit.

The nearest competitor to Southern Spain is Southern Portugal.  Portugal in general is cheaper than Spain or Greece and about half the price of England and Germany, but food and drink in the tourist centres are the same price as back home. The other difference is that beaches, however beautiful, are not on the Mediterranean but on the Atlantic Ocean.

Both countries are a stone throw  away from all major European cities and well serviced by cheap airlines.

Always bearing in mind costs, the third alternative is Greece and its islands. Historically, Greece  as always been a major tourist destination in Europe for its rich culture and history, as well as for its long coastline, the many islands and Mediterranean beaches. Prices however are about 3.5% more expensive than Spain. Greece also is a relatively safe place to visit and Greeks are quite friendly, though the language is  somewhat more difficult to learn.

Visiting a “bouzouki” club and getting stoned while listening and dancing “Zorba the Greek style” to the excessively loud folk music  is an experience worth trying at least once while dishes are smashed at your feet and some flowers thrown at you in apreciacion.

What amazes me is the amount of TV adverts promoting Turkey and other Middle-Eastern Countries. I mean how cheap do you want to be? So close to Iraq and Syria, how safe can Turkey be? What kind of a holiday is it when precautions should be taken to avoid the chances of being caught up in civilunrest or a terrorist attack? Last year Turkey launched an attack against Kurdish-held positions in northern Syria! How attractive can cheap be? To be fair, so far, the majority of attacks have been in the cities, away from the popular tourist coastal areas.

The stealing of passports and valuables is another thing to watch out for. Whatever you do the choice is non ending, you can visit Disneyland in Paris or Miami, New York, Golf Holidays or even the Far East, but then this is another matter. 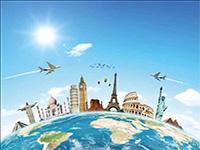 Still looking for the ideal partner?
Exploring new territories
It will be a hard BREXIT for UK visitors to the EU

YOUR PERSONAL CONCIERGE ON THE COSTA DEL SOL