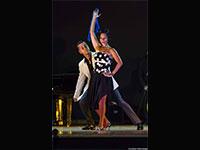 Tango is a partner dance which originated in the 1880s along the River Plate, the natural border between Argentina and Uruguay.

The tango was frequently practiced in the brothels and bars of ports, where business owners employed bands to entertain their patrons, from there, tango then spread to the rest of the world.

There are many variations of this dance currently around the world. It consists of a variety of styles that developed in different regions and eras of Argentina as well as in other locations around the world. The dance developed in response to many cultural elements, such as the crowding of the venue and even the fashions in clothing.

The Milonga style is characterized by a very close embrace, small steps, and syncopated rhythmic footwork on the style of the crowded downtown clubs of the 1950s.

In contrast, the tango that originated in the family clubs of the suburban neighbourhoods emphasizes long elegant steps, and complex figures. In this case the embrace may be allowed to open briefly, to permit execution of the complex footwork.

The complex figures of this style became the basis for a theatrical performance style of tango seen in the touring stage shows. For stage purposes, the embrace is often open, and the complex footwork is augmented with gymnastic lifts, kicks, and drops.

A newer style sometimes called tango nuevo or "new tango", has been popularized in recent years by a younger generation of dancers. The embrace is often quite open and very elastic, permitting the leader to lead a large variety of very complex figures.

This style is often associated with those who enjoy dancing to jazz- and techno-tinged "alternative tango" music, in addition to traditional tango compositions.

Up to 15 years ago, here in Andalucía, the home of Flamenco, tango was an unknown entity an it’s only 10 years ago that it started to get gradually known.

Gaining ground in the land of Flamenco was not easy, however now it has become very popular indeed, probably due to the increasing number of foreign visitors and residents to the Costa.

Here in Estepona, you can learn the art of tango at the school conducted by Graciela Heredia, a well-known professional tango dancer who has also given various shows in theatres on the Costa. 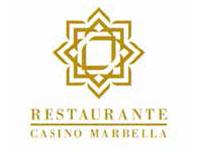