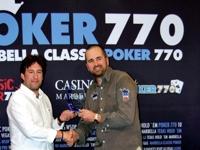 A prize of ВҖ20,180 and 245 points towards the general classification of the league which entitles to Ten days at the Las Vegas Poker World Series

It was one thirty in the morning when the all in resulting in the winner of the 2nd Stage was produced.

CГ©sar OrdГіГұez showed a four and a six of Diamonds whereas JuliГЎn GalГЎn lifted a seven of Spades and Ace of Hearts that resulted in his victory in as much as the В“flopВ” was showing a Seven of Hearts.

The man from Badajoz, who premiered at the Marbella Poker Classic 770 League, challenged the 86 players who started to play this Stage on the Friday and took the largest share of a prize pool that exceeded ВҖ60,000.

RaГәl GonzГЎlez, a member of Poker Marbella Sex Team, was in fourth place with ВҖ5,420.

Jeppe Bech Sorensen, who attended this last and definitive day as chip leader, was held to the seventh position with ВҖ3,010. 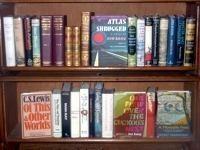 The Book Review - Dreams Can Come True
By Susan Boyle - Paperback 10.00ВҖ
A spectacular start to the Azartia League at the Casino Marbella