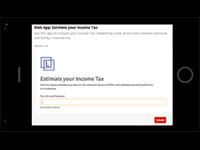 Officially, from the 4th April, tax payers will be able to file their return by phone and via the web as well as downloading the tax forms on their mobile.

Although there are not many novelties affecting tax declarations, it is well worth noting if some of the following basic ones could apply to you.

The refund of the land clause is not taxable
The refund of amounts paid on a mortgage subject to the abusive “soil” clause do not have to be declared nor does any tax need to be paid on any compensation so received.

Minimum per dependants
The personal tax allowance (5,550 euros) can be increased according to the number of dependants relating to guardianship or foster care of children under 3 years old or for guardianship being attributed by a Court. For example, children who have suffered violence by their parents.

Savings compensation
Capital Gain losses can be offset against the profit value of savings up to a maximum of 20% of these gains. In the same way, if the sum of profit and loss of wealth is a negative balance, it can be rebalanced with the positive balance of the capital returns, once again with the limit of 20% of the latter.

Permanent subscription rights sales
When a company increases its capital by issuing new shares, an existing old shareholder, instead of buying additional shares to maintain his proportion, he can sell part of his personal preferential subscription. Since 2017, in the case of quoted shares, this sale must be taxed as equity profit. 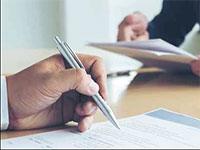 Ending Employment Contracts
Even if the termination is amicable, the paperwork that follows can be a headache.
What happens if you cannot manage to pay your quarterly VAT bill?

So, what is happening to the Costa del Sol?