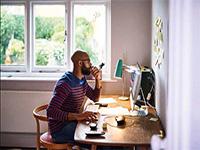 It would seem that a majority of office workers prefer to work from home even if it means a reduced income.

Because of the Corona Virus  a large number of employers for the first time have had to depend on workers working from home, as a result employees have discovered the benefits of teleworking, and would prefer not to return to the office.

In a survey of 2,500 workers carried out by OnePoll in the US, India, United Kingdom, Brazil,  Germany, Australia and New Zealand, office workers around the world, who telework during the pandemic, 48% would prefer their wages reduced to be able to  continue working from home. Of the participants, 77% consider teleworking to be effective in preserving the environment, 85% stated that they were concerned about the  environmental impact of commuting to work and 75% felt guilty about it.

According to the survey, the most appealing reasons to work from home are: flexible hours, saving money, being able to go to the kitchen, using what you want from  home and not having to leave things pending for the weekend. Also 72% of those surveyed stated that they have more free time working from home when avoiding  wasting an hour a day commuting to their workplace, 66% stated that they also save money on fares and even childcare, since they would not spend on commuting or  childcare.

Fearing that workers connecting from home will not maintain their productivity, remote employee monitoring systems are emerging. For example ‘Sneek’ is a video conferencing platform that takes pictures of employees from their webcam every few minutes to verify that they are in front of the screen.

According to Del Currie, co-founder of Sneek, to Business Insider, the company has seen how users of its platform have multiplied by ten in recent weeks. Not  surprisingly, Sneek is pronounced the same as “sneak,” which means sneaking lurking

One of the most notable benefits from an employer’s point of view is that happier employees means greater productivity, however it important to note that  the environment must also benefit from the reduced commuting everywhere.

It is also possible that employers can ensure that employees are serious at their work with an increased use of a system that takes webcam photos every five minutes to monitor teleworking employees, while others circumvent surveillance with Zoom’s video backgrounds. 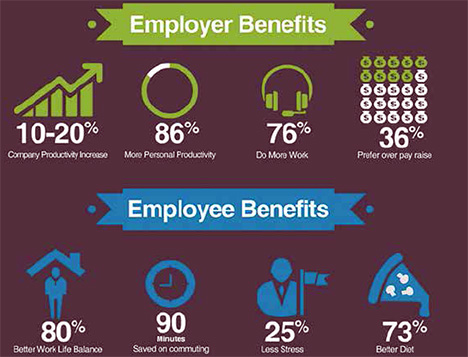 All the same, according to a study carried out by the Haskayne School of Business at the University of Calgary (Canada), these fears can be unfounded because  companies actually perceive an increase in productivity hen teleworking is implemented, as well as a greater fidelity of their workers and an improvement in  performance.

Eva Rimbau, professor of Economics and Business at the UOC, says that teleworking “reduces distractions and increases the level of satisfaction and control of the work  of employees”, based on a comparative study with 298 workers from two companies.

Currie claims that Sneek (despite the name) was never designed to spy on  anyone, but to preserve office culture, while many would probably consider it an invasion of privacy, there are also a lot of teams out there who are good friends and  want to be connected  when they are working together. In any case, it seems that most companies  that prefer to continue working by  hours instead of by objectives, despite the fact that according to a report by Asempleo” (Association of Private Employment Agencies) the European countries that have longer working hours see a  reduction in the productivity of their workers. 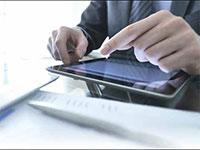 Do you know if you are a BLACK-LISTED DEBTOR

How does a paying plan work with social security?