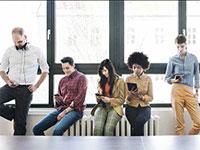 In a recent study presented at the ACC Latin America Conference 2019, it was shown that 43% of students who used their smartphones more than five hours a day increased the risk of obesity.

In a recent study presented at the ACC Latin America Conference 2019, it was shown that 43% of students who used their smartphones more than five hours a day
increased the risk of obesity.

Smartphones have become an inherent part of our lives, they have become a growing place as a source of entertainment, especially among young people. The result is that thism leads to a decrease in physical activity.

In a recent study presented at the Cardiology Association of the United States (ACC), a team of experts led by Mirary Mantilla-Morrón, analysed 1,060 students  between June and December 2018. The study group consisted of 700 women and 360 men, with an average age of 19 years and 20 years respectively.

The results showed that those who used the mobile more than five hours a day increased their chances of gaining weight significantly. Of those who used the phones  five or more hours a day, men were 36.1% more likely to be overweight and 42.6% to be obese. Women were 63.9% more likely to be overweight and 57.4% more obese. This fact was linked to both physical inactivity and to the fact that participating students were twice as likely to drink more sugary drinks, fast food, candy and snacks.

“It is important that the general population knows and takes into account that, although mobile technology is undoubtedly attractive for its multiple purposes, portability, convenience, access to countless services, information and entertainment sources, it should also be used to improve habits and healthy behaviours” concluded Mantilla-Morrón.

The results of this study allow us to highlight one of the main causes of physical obesity and a risk factor for cardiovascular disease. It has also determined that the  amount of time a person is exposed to the use of technologies, specifically the prolonged use of mobile phones, is associated with the development of obesity.

As smartphones continue to be an inherent part of life and grow as a primary source of entertainment, particularly among young people, it leads to a decrease in  physical activity. 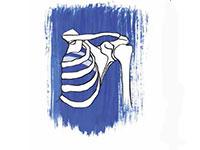 Shoulder Arthroscopy for quicker recovery & almost invisible scars.
These days almost all shoulder conditions can be treated using key-hole surgery. This has revolutionised treatment and substantially reduced recovery time.
The Power of Sleep

Fertility. Myths and realities about what facilitates a pregnancy