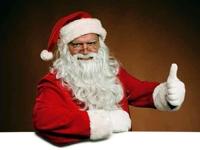 Which is real and which is fake ?

Which is real & Which is fake?

The length to which some papers choose to go tosell their papers seems unreal.The idea of a news paper, as the name implies, is toprint news to inform the readers of what has takenplace in the different areas of our society; basically
informative facts that could affect our lives. The underlying factor is FACTS not fictionbecause unfortunately some readers will actually believe anything the papers say.

Well, unless St. Nicholas was the only person that died in that century, I do not see how it is possible to say whose bones were tested without at least a DNA. Having made the meaning of the discovery quite clear with the title, then of course it is added that “they cannot categorically prove they are from the Christian saint”.
Amen !!!

By contrast an internet publication, reported Aliens visiting the Clackamas Town Shopping Center near Portland ; stating that Aliens might not have chimneys in their spaceships but they apparently still have Christmas wish lists.
An extraterrestrial beamed down to the Oregon mall where she was spotted patiently waiting for her turn with Kris Kringle, chatting with someone while waiting in line with everyone.

While snapping pictures of Santa with kids is totally normal, it was certainly a novelty to see a visitor from space sitting on Father Christmas’s lap.

“When she got up for her turn to take a picture, Santa seemed really chill about it too. He smiled and laughed,
and was holding her hand for the picture and everyone seemed to think it was great.”

Apparently the internet went into a frenzy. What could the Earth visitor possibly want this year for Christmas? I am not at all sure. Perhaps she wanted to highlight the difference between what is credible and what is not. I am more inclined to believe the story about the Alien visiting Father Christmas, even though the first story was published by a credible newspaper.

I believe these two examples highlight the fact that newspapers should stick to facts and not imaginary notions.

Day after day some newspapers seem to talk of nothing else but Aliens coming from space. They even go as far as producing computer images of what they actually look like.

I find it rather strange that after so many years nobody can actually produce a clearly identifiable picture of an Alien or an Alien craft other than some vague scratches on Egyptian relics.

I know that if we humans were capable of travelling to other worlds, our presence would be known immediately all over the new world. So what’s different the other way around? And why these Aliens only deal with Americans? What’s so special about the C.I.A. and American secrecy? I do not think that the wheel, fire, telephone, electricity, penicillin, radio, telegraph, light bulb, the press and thousands of other inventions which have revolutionised and modernised
our world originated from the U.S. of A., as a matter of fact I do not think that many or any actually did. That includes
the splitting of the atom and its developments.

So what make the Americans so different and important that they are helped in their discoveries by friendly Aliens? What discoveries if not just improvements on what has already been discovered? Quite frankly I do believe that right at this moment we are not actually moving much further however much crap is put on YouTube by so many “would like to be” scientists seeking attention.

Everything now seems to be motivated by money, the hell with the human race and at this rate humanity will certainly destroy itself. No need for any Aliens to help, we seem quite capable on our own.

Just look at the political situation! All it takes is a spark for all hell to let loose. Here again certain newspapers keep on and on about WW3, announcing its imminence day after day, creating worry, anxiety, hate and fear to sell their miserly papers.

A death wish! Quite frankly they are a danger to the world. All they are doing is instigating the less intelligent politicians to raise their tempers and actually start the dreaded war and, honestly speaking, most of the key
politicians do not seem to have a single brain cell to share amongst themselves. 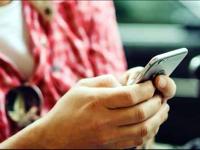 Who's Using Social Media and How?
According to make researchers, social media is affecting our cognitive and intellectual development.
Summer and the moving hordes