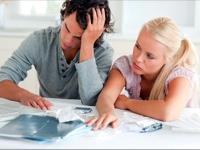 Getting money seized from your bank account by the authorities is an unpleasant surprise but is legal. Learn here how it works. Article provided by :LIMIT CONSULTING

The Tax Office, the Social Security Dept or Local Tax Office can legally order an embargo of your account after failing to obtain the funds owed to them by other means.

The problem that many have is that they never get any of these notifications and only learn about them when they see the bank statement!

We do not propose to discuss the reasons for reliability of the Post, living in a remote area with no address or living in a private urbanization where the post is not being delivered to every house, etc.

Failure to receive the letter or not signing the registered letter receipt does not stop the process of notification. Once they cannot reach the addressee by these means, the notification is published in the applicable official gazette (that nobody reads unless you are expecting something) and its is taken for delivered.

When an embargo is detected, firstly one must identify which agency ordered it so that the necessary information is asked for at the right place.

If your balance was higher than the target amount, they will seize the full amount and you can still use the rest of the funds. If, on the other hand you fall short, they will seize what they can and block the account for a while, until the available funds effectively leave your account.

There is a period of time between the moment the embargo hits the account and “freezes” the amount and the moment the money actually disappears from your balance. If you pay in or receive transfers to the account in the course of this inopportune moment, such amounts will feed the embargo up to the amount demanded. You can use the account normally after this until the next time they send another embargo should there remain a balance of the debt.

There is nothing you can do to predict when an embargo will come (or in which account). The system makes random attempts; you can be left alone for months and suddenly get two attempts within a few weeks.

The authorities do not make a distinction between business accounts, personal accounts or client accounts. They will search for any account iof which the tax payer is a holder, only holder or co-holder, and place the embargo.

Once the embargo is placed it cannot be removed unless:

• The bill is paid
• An agreed official repayment plan is obtained.
• You contest it and win the argument.

The law says that when extra tax payment is requested as a result of a revision process, the tax payer’s objection and contesting letter does not exempt him from the obligation to pay. Only a favoured result will do it and if the payment was made before, a refund must be applied for.

*Official Payment Plan:
The Tax Agency and the Social Security Dept. allows for voluntary partial payments as a way to reduce the standing debt but this is not an official payment plan in which the parties agree on terms, amounts and timing. Only the latter type will stop the attempts to embargo. 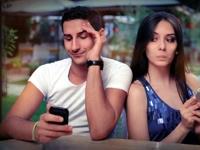 Looking for a divorce in Spain?
Do not spy on your partner you can end up in jail.
More than just GAGGING

Damages to Honour, Rights of Privacy and Self Image (defamation) - By Angel Monedero