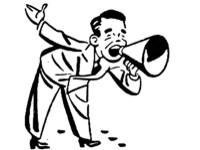 As recently as yesterday it was announced on the news that another 3 UK newspapers have ceased printing and gone online only.

The decline of newspapers has been widely debated as the industry has faced soaring newsprint prices, slumping advert sales, the loss of much classified advertising and precipitous drops in circulation with the result that in recent years the number of newspapers slated for closure, bankruptcy or severe cutbacks has risen worldwide.

Internet and television are the main reasons for the drop in newspapers demand, which, combined with the soaring print costs, wastage in circulation and short publication life, make newspaper publishing an unattractive business, especially with the reduced advertising revenue due to the crisis.

Although the same applies to all printed matter, professional magazines have some distinct advantage over newspapers. People like to flick physically through colourful, well designed pages and more importantly magazines can reach a targeted audience with a substantially reduced circulation loss.

Whereas newspapers are discarded from one day to the next, magazines are kept on from one edition to the next; they are read by more than one person and even looked at or read more than once by the same person. Naturally I am talking of professional magazines and not a collection of adverts bound together to look like a magazine.

Web Express Guide is well ahead of its time because it is the only internet Portal also printed as a magazine. 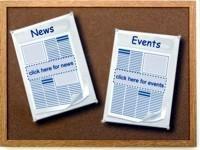