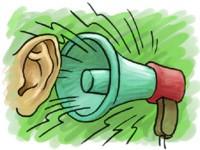 According to a report named Ā“Noise & HealthĀ” Spain is the second noisiest country in the world after Japan, exceeding the tolerance limit of 65 dB set by WHO and affecting some 9 million people or 20% of the population.

A survey among school children in the Balearic Islands showed that the hearing level of 10% of the children was below normal. Another report in Valencia stated that 40% of adults had a significantly poor level of hearing while the average for all of Spain is estimated at 35 percent. This might explain why so often people in Spain shout at each other as opposed to carrying out a quiet conversation.

E.U. legislation has set 65 dB as the maximum acceptable limit of noise a person can tolerate on a daily basis, while levels between 70-125 dB can be painful, and the noise becomes unbearable when reaching 140 dB. A bird singing does not exceed 10 dB, sounding oneĀ’s horn may reach 90 dB, and a disco and a motorcycle without muffler may reach 110 and 115 dB, respectively.

According to Antonio Flores, head lawyer at a Spanish law firm, every Town Hall in Spain counts with very specific rules on what is the maximum tolerable noise. These rules are pretty much standardized throughout the country, following the recommendations set by the World Health Organisation. The Town Halls have to act and stop any activity breaching the statutory noise levels.

In the first instance the persons causing the nuisance are responsible, however if the Town Hall does not act, it becomes ultimately responsible. Antonio Flores quotes the Ā“El CopoĀ” case whereby the Andalucian Supreme Court ordered the Velez Malaga Town Hall to compensate 18 inhabitants for damages with Ā€5 million for not acting against a pub emitting noises in excess of 120 dB.

All the same the fact is that Spain still is the second noisiest country in the world, probably because noise is not taken as seriously as it should, especially in the summer. It is all calm and quiet in winter, but as soon s the weather improves there go the bars with their loud music and karaokes, even in the streets with Town Hall permission; motorbikes with deliberately elevated noise levels; cars hooting even on Sundays early `hours; dogs locked out on balconies barking their heads off; loud motorised sweeping machinery; building noises after 8pm and weekends; but not once have I seen any preventive measures being taken or any motorbike being stopped for disturbing the peace.

On one occasion, while having a supposedly nice quiet meal in a restaurant with friends, we had to shout at each other because of the loud karaoke in a nearby bar. In the end I called the local police but they never bothered to turn up. What surprised me is the unreasonable amount of tolerance by the restaurant owner. Was it the case that he knew heĀ’d be wasting his time?

Sound is unwanted when it interferes with normal activities such as sleeping, conversation, or disrupts or diminishes oneĀ’s quality of life. Noise pollution is the disturbing or excessive noise that may harm the activity or balance of human or animal life. In addition to hearing loss, high noise levels can contribute to cardiovascular effects in humans, a rise in blood pressure, and an increase in stress and vasoconstriction, and an increased incidence of coronary artery disease.

If there was some respect for other peoplesĀ’0dBrights and if people complained to make sure that their rights to health are protected, I think that Spain may then become a quieter and even more pleasant place to live in.

The following is a guideline to different noise levels:

The following are the recommended exposure times for continuous noise according to NIOSH and CDC, 2002. 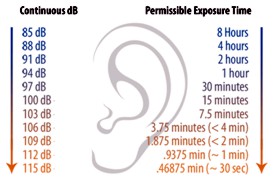 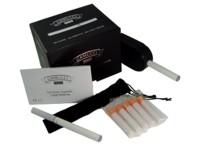 Learning to smoke or to give it up?
The two controversial arguments about e-cigarettes Make up your own mind.
Travelling Abroad. Do not forget to pack your travel insurance!

Some Suggestions for reducing pollen allergy

Save the date on your new 2014 diaries