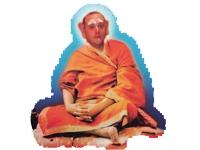 Reiki is based on the concept that the body is surrounded by an invisible energy field not measurable scientifically and practitioners claim to help healing by strengthening or Ā“balancingĀ” this energy or force which is alleged to support life. The concept originates from the Far East and is known as Ā‘kiĀ’ in Japan or Ā‘chiĀ’ in China.

The practitioner does not actually touch the fully clothed patient, his palms are placed lightly just above the body in different positions until he feels that the energy flow has passed through. A session can be between 30 and 90 minutes.

Reiki practice can be traced back to the spiritual teachings of Mikao Usui in Japan in the 20th century, therefore it would seem that it is not an ancient remedy from the Orient.

It is said that Reiki is gentle but powerful and it aids to heal every known malaise and injury including multiple sclerosis, heart
disease, cancer, skin problems, cuts, bruises, broken bones, headache, colds, flu, insomnia, impotence, poor memory and so on.

Scepticism starts with the fact that, to become a practitioner, all one needs is a 1 or 2 days initiation from a Reiki Master to become Ā“attunedĀ” to the force. There are no licensing or set professional standards to follow and to become a Master is said to take years.

After comprehensive surveying studies at ExeterĀ’s University it was concluded in 2008 that there is insufficient evidence to support the claim that Reiki is a treatment for any condition. As far as religion is concerned, the U.S.A.

Conference of Catholic Bishops in 2009 concluded that Ā“Reiki therapy finds no support either in the findings of natural science or in Christian beliefĀ” and urged Catholic health-care facilities and clergy not to promote or support it. In the mid-1990sc the Journal of the American Medical Association called the study a Ā“parlour gameĀ”.

The British Advertising Standards Authority (ASA) has objected to Reiki claims on three separate known occasions on the ground
that the claims made are unsubstantiated.

Although Reiki has no proven health benefit further investigation ought to be made, meanwhile the ultimate question arises: Does it work? The answer is Ā“YesĀ” it works just like any other cure through the power of suggestion and mental conditioning which can bring about physiological changes in the believer, but has no effect whatsoever on the sceptic.

The serious aspect of it all is that although the practice in itself is harmless, it can be dangerous to a believer who might feel better through suggestion and bypass going to a doctor or hospital until too late. I mean can you really cure cancer or diabetes just by passing hands over someoneĀ’s body?

Take for instance the tragic example of Debra Harrison, a diabetic and co-founder of a type of energy healing called Ā‘ConsegrityĀ’ who was mortally affected by her own medicine. (See http://www.skepdic.com/consegrity.html)