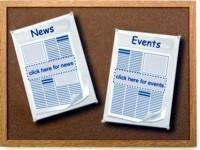 If you donÂ’t see it itÂ’s because itÂ’s been picked up!

Beware of strange phone calls, they are after your bank account. Meanwhile our magazine is picked up faster than we can deliver. 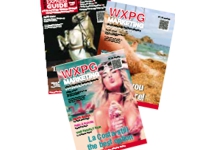 Yes it is true, despite the fact that we have increased the distribution, our publication disappears faster than we can deliver it.

We recently advertised a horse show in Estepona, just two weeks before the event and, according to the book keeper, the result achieved was far greater than the two identical
shows of last year put together, which were very heavily advertised for much longer and produced by a well known troupe.

The interesting thing is that the attendance was exactly as we intended with a good turnout of Russians, English, Spanish, Dutch, French, Italians and a few other nationalities.

This is just another example that can be identified beyond doubt. It is not just where we
distribute the publication; it is what we publish that counts. 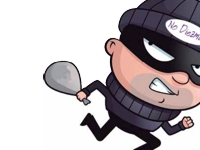 Watch out! Thieves are about!

I recently received a phone call from a woman stating she was from ENDESA (the
electric company). She informed me that I had earned a discount of 25% on
my electric bills, a loyalty reward, to long standing clients for paying the
recent increases.

It all sounded pretty genuine until she asked me if I had the latest bill at hand so as to make sure the information was correct. I got suspicious and replied that if she has my phone number and she is from ENDESA then they already have the information and refused to give any information whatsoever.

About a week later I received another call repeating the same story and today I had yet another call from a man supposedly from my mobile phone company who had a discount of 20% to offer.

Do pigs fly? Such offers by this type of companies are only made by post. Do not fall for it! It is a scam to steal information and money out of your bank account.

The facts speak for themselves
This month we are particularly pleased to welcome Russian Radio Marbella as a new advertiser.
Unique Property Investment Opportunity - Casares.

Enter the competition and win