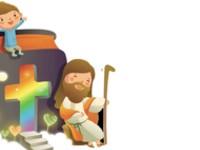 Where did the world get Christmas?... from the Bible, or paganism.

Here are a few astonishing facts which may shock you. How much do we really know of the origin of everything from the Christmas tree to Father Christmas from the mistletoe to the holly wreath or even to the custom of exchanging presents with one another?

When I was a little boy, I always hung up my stocking on Christmas eve. I remember waking up the next morning to find a pillow case with all sorts of small toys, fruit, and little boxes of sweets.

More presents for us children were placed on the floor underneath a wonderful glittery Christmas tree. I then believed that father Christmas had come down the chimney during the night and left all these things. Did I question what my parents and others had told me? Of course not. I totally believed it, didnt you? So where did all these dreams and beliefs come from.

The word Christmas means Mass of Christ, or, as it is known today as Christ-Mass. And where did that come from? Not from the New Testament, not from the Bible but it moved in the fourth century into the Roman Church from paganism.

The celebration of Christmas came from the Roman Catholic Church, Christmas was not among the earliest church festivals in fact the first evidence of the celebration is from Egypt and from Pagan customs centering around the January calendar.

Jesus not born on December 25th.
In fact, Jesus was not even born in the winter season! When the Christ-child was born there were shepherds in the field keeping watch over their flock by night. Apparently, this never occurred in Judaea in the month of December. Shepherds always brought their flocks in from the mountainsides and fields by mid October, to protect them from the cold and rain that was to come.

The exact date of Jesus birth is unknown, as all authorities tend to agree though, early autumn, probably September is a good guess. I wonder however if God had wished us to observe Christs birthday why would it be keep secret. How did this pagan custom creep into the western Christian world? Remember, the Roman world had been pagan. Prior to the fourth century, Christians were few in number and were persecuted by the government and by pagans. Then, with the advent of Constantine as emperor, who came out as Christian in the fourth century, placing Christianity on an equal footing with paganism, people of the Roman world began to accept this now-popular Christianity by the hundreds of thousands.

The winter solstice around the 21st December was always a fiesta time and that is how Christmas became fastened on our Western world. We may call it by another name, but its the same old pagan sun-worshipping festival still. The Syrians and Armenians, who clung to January 6th, accused the Romans of sun worship and idolatry.

The real origin of Christmas.
If we got Christmas from the Roman Catholics, and they got it from paganism, where did the pagans get it from? Actually it came from a chief custom of the corrupt system denounced all through Bible prophecies and teachings under the name of Babylon. And it started and originated in the original Babylon of ancient Nimrod! Its roots were just this side of the Flood!. Unfortunately some take offense at the plain truth! December 25th is not the birthday of Jesus.

The apostles and early true Church never celebrated Christs birthday at anytime. There is no instruction to celebrate it in the Bible. In fact the celebrating of birthdays is a pagan, not a Christian custom.

Origin of holly wreath, mistletoe, Yule log.
The pagan custom of kissing under the mistletoe was an early part of a night of revelry and drunken debauchery. Celebrating the death of the old sun and the birth of the new at the winter solstice. Mistletoe, sacred in pagan festivals, is a parasite!

Holly berries were also considered sacred to the sungod.
The Yule log is in reality the sun log. Yule means Wheel, a pagan symbol of the sun. Even the lighting of fires and candles as a Christian ceremony is a pagan custom to encourage the waning sun-god as he reached the lowest place in the southern skies.

Even Santa Claus.
But surely dear old Santa Claus is not a creature of pagan birth? But he is, and his real character is not so benevolent and holy as many suppose. The name Santa Claus is a corruption of the name St. Nicholas, a Roman Catholic bishop who lived in the 5th century.

What the bible says about the Christmas tree
But if the Bible is silent about telling us to observe Christmas, it does have something to say about the Christmas tree. This will come as a real surprise to many. Jeremiah 10:2-6: learn not the way of the heathen...for the customs of the people are vain: for one cutteth a tree out of the forest, the work of the hands of the workman, with the axe. They deck it with silver and with gold; they fasten it with nails and with hammers, that it move not.

Exchanging gifts scriptural?
The Christmas shopping season - the buying and exchanging of gifts - many will exclaim triumphantly, Well, at least the Bible tells us to do that. Didnt the wise men give gifts when Christ was born? The fact is, this custom fastened upon people exchanging gifts with friends and relatives at the Christmas season has nothing to do with Christianity. Yet this is exactly what people the world over are doing. They honour a day that is not Christs birthday by spending every dime they can scrape together in buying presents to trade back and forth among friends and relatives.

No, the custom of trading gifts back and forth does not stem from this scriptural incident at all, but rather, it is the continuance of an ancient pagan custom.

Were in Babylon, and dont know it
Christmas has become a commercial season. Its sponsored, kept alive, by the heaviest retail advertising campaigns of the year. You see a masqueraded Santa Claus in many stores. Ads keep us deluded and deceived about the beautiful Christmas spirit. With this all in mind I wish you a very merry Christmas and a Happy 2012 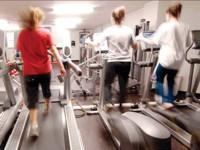 Costa del Sol: an alternative to expensive UK University education
Rising university fees in UK are just another cause for brain drainage. By Kathy Dancer of Mayfair Academy
Reading on The Costa del Sol