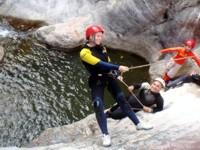 Mayfair Academy is the only registered centre in Spain and one of the first in Europe to be approved to deliver CYQ qualifications.

Isn´t it strange how quickly you can adapt to something new and, if it is an improvement to your lifestyle, you wonder how you managed to live without it before? There is little comparison with the Costa of today with that of ten or twenty years ago and I am sure that many ex-pats can remember the days before hypermarkets and shopping centres appeared and when the nearest department store was el Corte Ingles in Malaga.

To shop there meant a long drive along the coast road as there was no motorway then and, with frequent accidents and breakdowns and no alternative route, it could take hours to get there. Once in the centre of Malaga, with parking at a premium, there were huge queues for every available space and it could take another half hour to eventually park the car. A spot of lunch in the store´s restaurant could see you waiting another twenty or thirty minutes for a table and by then it was almost time to head back home to pick the kids up from school.

Now we have the toll road and the trip to Malaga is easy and fast but we don´t even have to go there now as we have excellent shopping facilities right on the doorstep. Even a trip to hospital would mean the long haul to Carlos Haya in Malaga in the past, but in 1993 the Costa del Sol hospital was inaugurated giving Marbella one of the best equipped hospitals in Spain. The improvements to the infrastructure such as the motorway, underground parking facilities, the esplanades of Marbella, San Pedro and Estepona and the San Pedro tunnel scheduled
for completion in 2011 have made life better and easier for everyone. 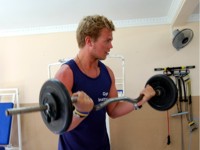 Another improvement that has come about in the past ten years or so has been in education. As the influx of foreigners grew, the Spanish schools became overwhelmed and could not offer enough places to satisfy demand and, with even the International schools having waiting lists, some parents had to resort to home schooling.

Now there are bigger and better schools both Spanish and International with more choice for everyone. A major development has been in the choice of curriculum with International schools offering either A Level or International Baccalaureate to their Sixth Formers but there is yet another choice and this is the innovative and exciting VRQ programme offered by Mayfair International Academy.

Students at Mayfair Academy not only have a choice of subjects when they reach year 10 but also a choice of curricula! Subjects such as English, Maths, Spanish, Business and Communications and Science are offered on either curricula but for students choosing the Sports Curriculum the bonus is that they will be working towards achieving a VRQ in Fitness Instructing. Sixth Form students have an even wider choice on offer including an A Level course, a combined VRQ and A Level course and a Professional Footballer Training Course which includes either VRQ or A Level studies.

To find another school offering a choice of curricula even remotely like the ones on offer at Mayfair Academy would involve more than just a long drive, it would mean a complete relocation back to the UK as the Academy is the only registered centre in Spain and one of the first in Europe to be approved to deliver CYQ qualifications. CYQ (Central YMCA Qualifications) is the UK´s leading exercise and fitness, government approved qualifications awarding body and CYQ qualifications are recognised worldwide. 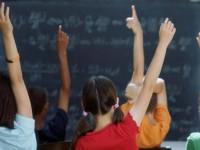 The Importance of a Good Primary Education
At primary level, young minds are enlightened to accept new ideas, show creativity, develop critical thinking and above all, enable themselves to absorb surrounding information for informed decisionmaking at any later stage in life.
An International University Education in Hotel Management