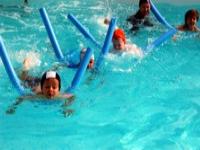 Summertime is finally here and many children are basking in the excitement of having two months off school. That means two months to play, have fun and swim or, at least, play in or around water.

Water is in abundance on the Costa del Sol with swimming pools, lakes, waterparks and, of course, the sparkling Mediterranean sea on the doorstep and living in an area with water everywhere, drowning is an every day risk but its threat can be minimised by learning to swim.

According to the Royal Society for the Prevention of Accidents (RoSPA) drowning is the third most common cause of accidental death to children in the UK.  Even with these statistics, a recent survey has shown that one in five children leaves primary school without being able to swim and more than one third of British 11-year olds have not mastered basic swimming skills. The situation is worsening every year even though swimming tuition is part of the National Curriculums compulsory Key Stages one and two.

On the Costa del Sol, many International schools follow the British National Curriculum but not all offer swimming lessons year round due to the fact that the water is too cold in outdoor pools between the months of October and May.  Swimming tuition, if offered at all, must therefore be restricted to the months of May, June and September and maybe October, depending on the weather.  Not all schools have these restrictions however, as at Mayfair International Academy all primary pupils enjoy year round swimming lessons with a fully qualified instructor.  Mayfair Academy has two swimming pools with the indoor pool heated to a comfortable 28 degrees all year round.

Throughout the year, pupils work towards the National Plan Awards which consists of ten stages which takes the non-swimmer from his or her first splash to developing confidence and competence in the water.

The WaterSkill Awards compliment these stages, covering treading water, retrieval from the pool floor, turns and starts and ASA Swim stroke laws, etc.  Reception and Year One children take the Preliminary Safety Award Course and all years work towards the Personal Survival Awards levels 1 and 2 with examinations in years four, five and six followed by the Water Rescue Award which is completed by year six.  This award follows the same syllabus as the first stage of the Royal Life Saving Society Rookie lifeguard programme.  In the warmer weather, the bigger and deeper outdoor pool is used for the Swimming Challenge Awards.  With all of the above swimming award courses completed, by the time the Primary pupils move up to the Secondary department they have developed confidence, versatility, skills and endurance in the water.

Certificates are awarded at the end of each term and at the end of the summer term 2010 over sixty swimming certificates were awarded to the pupils of Mayfair Primary school including Personal Survival Awards, Stages 3 and 4 of the National Plan Awards and Water Skills levels 1, 2 and 4. 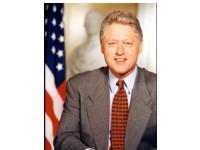