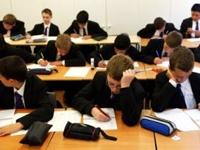 Are SAS essential? By Kathy Dancer of Mayfair International Academy

A question that many prospective parents ask when looking to enroll their child in an Iinternational school is ´What are your SATts results? ´Whilst SATs* are not obligatory for the schools on the Coast, many will use SATs as end of Key Stage tests and assessments with the results being an indication of the progress that each pupil has made.

SATs have attracted criticism since their inception for seven-year-olds in 1991. Teaching unions say the tests are damaging to pupils and teachers as schools ignore other subjects to concentrate almost exclusively on achieving high results. Pupils and teachers, in England, suffer stress because of the high-stakes nature of the tests, the results of which, feed into school league tables.

Education chiefs are currently piloting different tests that pupils can take when their teacher thinks they are ready (as in Scotland) and whether or not the regular SATs will be taken in May 2010 is debatable. The two main teachers unions, the National Union of Teachers and the National Association of Head Teachers, are threatening to boycott them completely. In a statement the NAHT said: We believe that the system is simply being maintained through political obduracy and that there are better ways to gain a broad picture of primary education in England.

In May 2009 the childrens secretary, Ed Balls, ruled that science SATs would be scrapped for 2010 as science is no longer considered a core subject. However, now ´teacher assessing´ has been introduced for science, which is rather strange as there is no teacher assessing for other non-core subjects.

SATs for 14 -year-olds were scrapped altogether in the autumn of 2009 following the widespread delays in marking. The last year´s test results were also under question following the chaos that afflicted the whole marking process prior to the departure of ETS Europe, the test contractor. It has been reported that the Conservatives are to propose scrapping all primary school SATs for 11-year-olds in England and Shadow schools secretary Michael Gove is to outline plans to replace the controversial exams with national tests in the first year of secondary school. This would, in fact, make more sense than the KS2 SATs during the last term of primary schooling as often the results are not received in time to set tutor groups for the first year of secondary.

SATs results have also been the subject of many allegations e.g. schools denying entry to, or expelling, low achieving students, suspending low achieving students on test days, increasing use of special dispensations for tests and outright cheating. In weeks and months are spent running through old papers, looking at the type of language used in the questions and how specific questions can be approached. Some schools may even offer extra preparation sessions before or after school.

This devotion to preparation for SATs is turning classrooms into test preparation factories and effectively narrowing the curriculum and the majority of teachers believe that this restricts the time spent on other subjects and some also say they feel a pressure to teach to the test, pushing children to do as well as possible to boost the schools reputation.

At Mayfair International Academy, SATs are administered to KS2 pupils during the last term of year 6 . There are papers in English (spelling, comprehension and writing, including handwriting) and mathematics (including mental arithmetic). However, throughout their primary-school years, children also take assessments in reading, writing and mathematics when they are ready, and at the teachers discretion. Whilst testing is important, it is also essential for pupils to enjoy a broad, well balanced curriculum which, in turn, will inspire creativity and foster a love of learning and crucially, no child should be labeled a failure or underachiever on the basis of these tests alone. 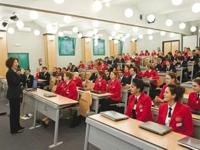