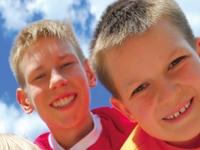 On browsing the internet, I came across a forum where parents debated issues mainly between the choice between Spanish State Schools and International Schools. My own experience goes back to the nineties when our family relocated from the USA to Spain and enrolled our daughter, then six, in an International School in our area.

There were times when I questioned my choice of school, but this was mainly in the early days, when we would get together with friends and I would feel that their children, who attended Spanish state schools, spoke better Spanish than my own. But my worries were completely unfounded as her fluency eventually surpassed theirs and her Mother tongue did not suffer as a result of studying English as a foreign language, as she would have done in a Spanish school. Looking back, I know that we made the right decision to send our daughter to an International school and I have no regrets whatsoever. Educating children is expensive but a good education is the best gift that you can ever give your child.

I have, listened to parents, new to the coast, saying that they are happy to ´drop their children in at the deep end´ and talking about immersing them in the language and culture of Spain. Whilst integrating younger children into a local school, that has another language as its medium, may be suitable for very young children, it certainly does not work for older children who are, perhaps, finding it difficult enough adjusting to a new environment, new school and new classmates without the trauma of also struggling with a new language.

Another point to bear in mind, especially during the current financial climate, is the fact that many families have had to return to the UK and their children have had to re-enter the British education system. Children who have been attending International schools in Spain should benefit from an almost seamless transition as most International schools follow a similar British National Curriculum, but children who attended Spanish schools may find that they cannot just slot into the same academic year and need to repeat.

Of course, every situation is different and what may be a priority for one may not even be important for another but if the aforementioned Forum is anything to go by, it only serves to reinforce my own opinion on the choice between Spanish or International schooling. The following posts are not, by any means, the only examples of atrocious spelling and grammatical errors. Some may be simply typing errors but it does serve to illustrate the point:- 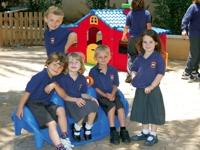