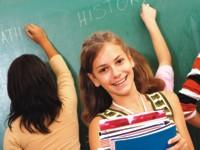 Choosing the right primary school or secondary education school for your child can present a serious dilemma. Here below we point out some factors to consider.

Many Primary schools on the coast teach only up to nine years of age, and then your child has to be moved on. This involves having to pay another and larger deposit or subscription fee and your child will have to move school half way through his/her Primary Education. Financially you could end up being 1,000 worse off in the long run.

The next thing to consider is class sizes. Sizes are very important, the fewer children there are in a class the more is the individual attention your child will receive from the teacher. Class sizes vary at the different schools from fifteen upwards.

In Secondary Education some International Schools follow the IB curriculum, while others follow the A Level system. With A Levels a student can take whichever subjects he wants. For example, if your child is good at languages, he or she could take several languages A Levels, and the points from the grades would add towards University entry for any subject of the students choice. The accumulated points are important, not the subject taken. Whereas with IB you have more or less to take a subject from each group, so even if you are not good at maths, you still have to take it. Both systems are internationally accepted for entry to University.

Another system for admission to University is the NVQ system. This is where your child is accredited the qualification of his or her ability to demonstrate his/her competence, rather than the students ability to do well in an exam. For example, sports qualifications are ideally suited to this and today over 50% of students in the U.S.A. enter University with NVQs. 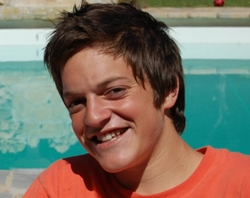 The Deposit and Inscription fees are similar at most of the International Schools on the Costa, but that is where similarities stop. Many have additional costs such as insurance and books, which can be a considerable additional cost over the period of your childs education. Others are all inclusive and you have nothing else to pay on top of fees. Most schools offer a discount for the second and third child. Sports facilities at the schools vary from simple to sublime with some even offering indoor swimming pools and Fitness Centres.

This is given as a general guideline to parents who should ask for and compare the information supplied by the schools before crystallizing a choice. It would not be a bad idea to ask other parents about true costs, facilities and satisfaction, particularly in attaining acceptable grades, which is the most important factor.

Salem Mansuri from Mayfair Academy is the first student in Spain to be accepted by a UK University with NVQ qualifications. Salem is to study Sports Therapy at the prestigious University of Bath. Salem was awarded a framed photograph to remind him of his days at Mayfair, and 100 pounds.

I liked your site. 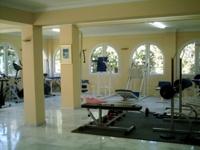 The best of both worlds
So youve done your GCSEs and youve got your results. What now?
Choosing a School in Spain