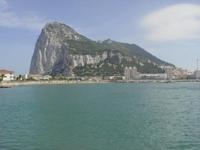 Gibraltar has a long and illustrious history stretching back to prehistoric times.

The Territory of Gibraltar measures 2.3 square miles (6 square km.), it is a narrow peninsula located at the very southern tip of Mainland Europe and it is linked to Southern Spain by a narrow isthmus, near the entrance to the Mediterranean Sea, from the Atlantic. 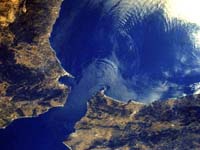 It is one of the Pillars of Hercules and the nearest point between Europe and Africa. The Rock itself is made of limestone and its name derives from the Arabic "Gibel Tariq", meaning Tariq's Mountain.

Strategically, it has always been very important, it keeps watch over the intersection of two continents and the only entrance to the Mediterranean Sea from the Atlantic Ocean.

Naturally the Spanish influence is also quite obvious. The narrow alleyways and Spanish architecture is seen everywhere especially in the area that used to be called "Pueblo Viejo" found in the upper areas of the north of the town. British occupation played a major part in the cultural mixture that exists.

The peninsula is about 5km long and a kilometre wide, but its value as a naval base has been proved many times. It was a key point in the anti-submarine campaigns in both World Wars.

With scant space for development, Gibraltar went "underground" as the harbour was redesigned and an airfield built. Miles of tunnels and chambers were dug out of the limestone and an underground city, with its own electricity supply, telephone exchanges, frozen meat stores, water distillers, bakery and hospitals was created. 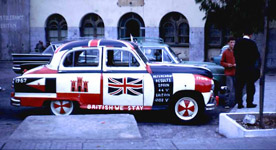 The famous Treaty of Utrecht officially gave Gibraltar over to Britain and made it what it is today. In 1967 Spain, under General Franco, began the final of many sieges on Gibraltar. By 1969 the frontier between Gibraltar and Spain was closed to all traffic and pedestrians. For over 16 years the situation remained the same until 1985 when Spain re-opened the land frontier.

Spain has always wanted its claim on the Rock but the Gibraltarians do not want to go back to Spanish rule. This strong feeling was backed up in a referendum, which gave 12000 votes for Gibraltar to remain British and 12 votes to return Gibraltar to Spain.

No place in the world can boast about having such a diverse cultural background and influence in everyday life in such a small distance as Gibraltar does. 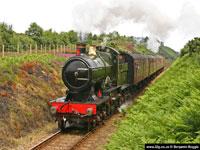 Come to the Kasbah