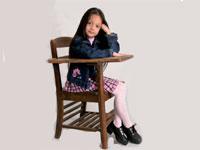 When we came to the Costa, some 15 years ago, we arrived with lots of enthusiasm and hope for the future. Our children were still very young, the eldest girl was just 9 and the youngest, a boy, not quite a year old.

We were fed up with the UK, the politics and the way the government showed such disloyalty to its own people. Our intention was to build a new life in the sun, so whats wrong if the children learned Spanish in a Spanish local school? After all we intended to rebuild our life here and we were intending to stay.

The two girls were immediately sent to the local primary school and the boy to the local councils guarderia (Kinder Garten) while we both worked.

It all seemed fine at the time and we started to progress, unfortunately as years went by, we gradually realised that perhaps we had not given our childrens future enough consideration and in particular the youngest. Our children are not prodigious, they were normal kids with normal behaviour and certainly susceptible to being influenced by their environment.

Many towns on the Costa del Sol are no more than over-urbanized villages and can still display an out dated approach to modern schooling. The general feeling in some of the more typical Spanish areas is that the childrens education is of secondary importance, because they are often guaranteed employment in the village or family business and thus, their future is already earmarked by their parents.

As more and more British families arrived here, probably for the same reasons as ours, it became apparent that the teachers and headmasters of some village schools were beginning to feel under pressure coping with children from other parts of Europe and different cultures and languages. The traditional old village mentality remains well rooted and foreigners can find this attitude a little insular and even arrogant.

Unfortunately, now there is also a certain sense of resentment on the part of the Spanish, how many more times must I be told that this is Spain and that if I do not like the way things are I should go back to my country? Whereas some might agree with that comment, I cannot. It is a mistake to over accommodate other religions and customs as we do in Britain, but it is also a mistake to give them no consideration at all, particularly when foreign investment is the reason for an improved economy. I am sure many would agree, we wouldnt want to see the old traditions and customs change, however, it would be useful to have them explained and especially in the case of education laws. It takes understanding on both parts to achieve successful integration.

As my children grew and started to read and speak Spanish and form friendships with Spanish children, it became apparent that perhaps their identity as British subjects was brought into question. I frequently ask myself, do I regret to see my children becoming so Spanish and losing some of their British identity? I know that they will never lose it all- together, but does that make their future even more difficult?

I have had my fair share of arguments with the headmaster in Sabinillas primary school; and have even reported him to the Ministry of Education because of my belief in his inability to run a modern, successful school, with the childrens best interests at heart. Many modern Spanish parents prefer to send their children to private schools, if financially viable and this in itself is an indictment on the local state schools.

Some British families are opting to send their children back to the UK; either staying with family or as full boarders, to receive a British education and retain their European identity. The other options of course, are the many fine private schools on the Costa del Sol, but whatever you choose for your childs education, keep in mind that mealy dumping them in a small village school is not going to prepare them for the real world later in life. 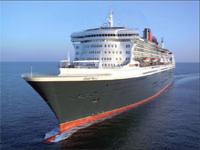