Can coffee help with Diabetes?

Most of us have heard of the negative effects of too much consumption of caffeine, however, many studies have been performed on the relationship between coffee consumption and positive medical conditions. These studies have all been contradictory as to whether coffee has any specific beneficial or otherwise, health benefits. Similarly results are conflicting with respect to the negative effects of coffee consumption. In addition, it is often unclear whether these risks or benefits are linked to caffeine or they are to be attributed to other chemical substances found in coffee, also whether decaffeinated coffee carries the same benefits or risks.

One fairly consistent finding however, has been the reduction of Diabetes Mellitus type 2 in coffee consumers. This is an association that cannot be explained by the caffeine content alone and indeed may be stronger in decaffeinated coffee.

Research is also being made in the fields of cardiovascular disease and certain cancers in respect of the beneficial properties in caffeine.

Caffeine has been used in the treatment of Asthma sufferers for many years and a number of treatments for allergies, such as Hayfeaver also rely on caffeine as an ingredient. As with all things, it would be unwise to simply increase your coffee consumption on the off chance that you may be counteracting the effects of any medical condition. The use of caffeine in the medical world is still undergoing extensive research and amounts of caffeine added to drugs are strictly measured.

Drinking Coffee is a daily pleasure enjoyed by millions worldwide, most people are aware of the adverse side effects of overindulgence (restlessness, migraine and possible nervousness) and although there will always be those who ignore these facts and consume too much coffee on a daily basis, most people are aware, that like anything else, in moderation coffee drinking presents no health problems and in certain cases, i.e. Diabetes Mellitus type 2, could be of some positive benefit. 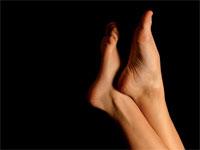