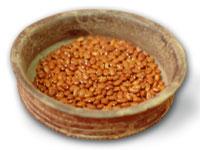 At our invitation, Ruth Salesa continues to provide us with some interesting alternative medicine articles and this month she draws our attentions to the most ancient cholesterol reducing drug: beans.

Eat dried beans or legumes. They are one of natures cheapest, most widely available, fastest-acting and safest cholesterol-fighting drugs. Studies show that they consistently strike down high cholesterol.

Eating a cup of cooked dried beans a day generally reduces bad cholesterol by about 20 percent and you can expect results in three weeks or so.

In one test, a half cup of Campbells canned baked beans reduced cholesterol by 12 percent in middle aged men with high cholesterol count, who ate a typical high-fat American diet.

A cup of beans a day also produces good HDL cholesterol, about 9 percent, not immediately, but usually after a year or two.

According to another test, beans also improved the critical HDL/LDL cholesterol ratio by 17 percent.

Dr. Andersons advice: For best results, spread the beans out during the day. For example, eat a half-cup at lunch and another half-cup at night.  Beans contain at least six cholesterol-cutting compounds; the main seems to be soluble fiber.

Dont forget soybeans. They, too, are potent cholesterol-reducers, according to numerous studies done throughout the world.

Soy protein was declared the most effective dietary way to suppress cholesterol. The secret is in the soy protein found in such foods as whole and split beans, soy milk, tofu, textured soy protein and tempeh, but not in soy sauce and soybean oil.

If you have any specific questions about Oriental cures, please contact Ruth Salesa at info.costadelsol@webexpressguide.com 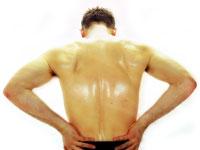 General Back Pain & Prevention
Osteopath Paul Knight this month explains the nature of a very common problem that affects most people in this day and age.
A common health problem with the elderly Alzheimers disease

An insight into osteopathy