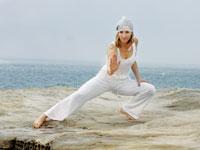 Tai Chi is a comprehensive series of gentle physical movements, and breathing techniques, with mental and spiritual intent, which allow you to experience a meditative state.

Also Known as TAI CHI CHUAN, and is part of the Tai Chi Chuan System, which, originally, was a formidable martial art operating on several levels of awareness. It embodies Taoist Philosophy, and accordingly is extremely beneficial to good health.

It is calming and rejuvenating, and assists the body and mind to maintain balance while exercising the body, mind and spirit, together with the internal organs. The ancient Taoists were renowned for their study of the arts of health and longevity. The gentle movements of Taoist Tai Chi convey the essence of this tradition to the modern world.

This system develops the ability to balance the yielding and attacking aspects in martial art combat; it has been a major influence to all the martial arts we see today.

It includes both the inner and outer expressions of the body and mind to enable to balance the Yin and Yang life force energy of Chi.
Regular practice of Taoist Tai Chi can bring a wide range of health benefits to the muscular, skeletal and circulatory systems. The flowing movements of Taoist Tai Chi serve as a moving meditation that reduces stress and provides a way to cultivate body and mind.
Many illnesses have been shown to improve with the regular practice of Taoist Tai Chi. Pregnant women, or those with an acute health problem should check both with the instructor and their personal physician before beginning any exercise program. 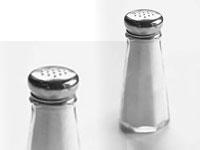 Salt: Good or Bad?
Have you ever thought of cheese, cereals, bread, meat, pudding, pancakes, corned beef and tomato juice as salt foods?
An insight into osteopathy

New Year's Resolution. How about a healthier nervous system?