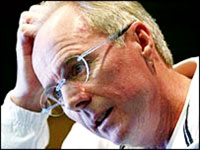 FA agrees to look at spring break
The Football Association has agreed in principle to support Sven-Goran Eriksson's appeal for a four-week break before the 2006 World Cup finals. Eriksson wants more time with his squad if they reach the finals in Germany.
A working group will now investigate a handful of possible ways to find enough time within the hectic fixture list.

New Wembley bids for Euro final
The Football Association has submitted a bid to host the Champions League final at Wembley in 2007. And it also hopes to stage the Uefa Cup final at the City of Manchester Stadium in either 2006 or 2007.
The new Wembley is expected to be completed in 2006, and is seen as the perfect stage for the showpiece final. FA Chairman Geoff Thompson said: "We are delighted to be able to nominate two such excellent stadiums. We believe they would be wonderful hosts." 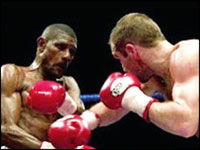 Harrison keeps his title in draw
Scott Harrison retained his WBO featherweight title in controversial fashion with a draw against Colombian Victor Polo at Glasgow's Braehaed Arena. The three judges voted for a Harrison victory, a Polo win and a draw respectively and it was enough for the Scot's fourth defence of his title to be successful. 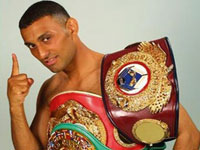 Is Nazeem making a come back?
On the 27th January, the former world featherweight champion Prince Naseem Hamed stated in public that he has the intention of making a come back.
Hamed lost his unbeaten record and his aura of invincibility against Mexican Marco Antonio Barrera in Las Vegas in the summer of 2001 and has since shied away from the public eye.
Hamed, who is 31 February, told his local newspaper, the Sheffield Star: "I've not said anything publicly until now but I am planning to fight again in the summer.
"We have not selected my opponent but the fight will take place in the Middle East and that is definite." 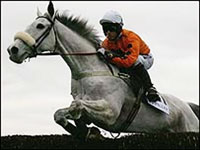 Grey Abbey lands Gold Cup trial
Grey Abbey made all the running for an impressive victory in the Pillar Property Chase at Cheltenham.
Graham Lee's mount, trained by Howard Johnson, outstayed 11-4 favourite Therealbandit to win the Cheltenham Gold Cup trial by 16 lengths
The Paul Nicholls-trained Royal Auclair was a further 12 lengths back in third with Cloudy Bays finishing fourth. 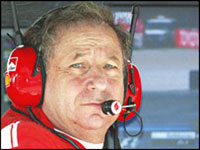 Ferrari attend F1 meeting alone
Ferrari were the only Formula One team to turn up at a meeting with the International Automobile Federation (FIA) governing body on Friday, to discuss cost-cutting measures for the 2008 season.
The sport's nine other teams were absent, having written to FIA president Max Mosley earlier in the week requesting that the meeting should be postponed until the 2005 rule changes could be properly assessed.
Another meeting has now been scheduled for April 15, in Paris. 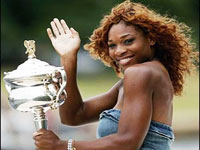 Comeback kid Serena on top down under
Serena Williams reeled off nine straight games to claim the Australian Open title with a 2-6, 6-3, 6-0 victory over fellow American Lindsay Davenport in Melbourne.
Davenport shot into a 4-0 lead in just 11 minutes before clinching the opening set and had six break points in the fifth game of the second before Williams turned the tide and swept to victory.