As winter draws in and Christmas approaches, now is definitely not the time to beach comb but, with a few days of statutory holidays, even the workers amongst us should find some time to explore the country in which we have chosen to live.

Leaving the beaches of the Costa de la Luz behind you, carry on driving north on the CN340 until you see the sign for CĂˇdiz. Take it and visit the oldest town in Europe with a history stretching back three thousand years or more.
Surrounded on three sides by the sea and linked by a narrow sandy isthmus, the peninsula of CĂˇdiz was settled shortly after the end of the Trojan War in about 1100 BC by the Phoenicians who knew it as "Gaadir". Possession passed to the Carthaginians who used for their conquest of southern Spain, then to the Romans under whom it flourished as a place of gaiety, the Goths under whom it deteriorated in gloom and despair and the Moors under whom it simply stagnated.
Today CĂˇdiz basks in the warmth of the southern sun and the glow of loyal admiration. Adorned by fine eighteenth and nineteenth century architecture, which lines its narrow streets, and dominated by its huge cathedral overlooking the western seafront, the overall ambience is of elegance and latter-day wealth. To the south side of the Cathedral square there is an ancient arch which leads into the Barrio de PĂłpulo, the only few labyrinthine alleyways which are all that remain of medieval CĂˇdiz. At the top of this area stands the original cathedral of CĂˇdiz, now demoted to the Church of Santa Cruz, which was built over an earlier mosque after the Moorish retreat.

The Calle Campania leads from the Plaza Catedral into the Plaza Topete, the site of the flower, fish, meat and fruit markets and home to a variety of bars, and where on Sundays there is a crowded flea market selling everything from cheap toys to second-hand tools. The striking Falla Theatre, situated a few moments' walk away in the Calle Sacramento, was built in brick, Moorish style at the turn of this century and named after Manuel de Falla, one of CĂˇdiz's most well known musical offspring. East from the Oratory, the Calle San JosĂ© ends its passage in the garden square of Plaza Mina and it is here on one side of the square that you will find the birthplace of Falla, celebrated by a plaque, which records the event. On the opposite side, the imposing Museum shelters and interesting collection of fine art and archaeological artifacts including two large carved Phoenician tombs. If you leave the square by the southwest exit, you will find the church of Santa Cueva whose ornate chapel contains some rather heavy frescoes painted by Goya.
Although CĂˇdiz is steeped in history, there is a modern side too. The shops are stylish, the bars and restaurants inviting and, should you decide to stay overnight, the ultramodern Parador (Hotel AtlĂˇntico) sits smugly looking out to sea. The rooms have all recently been upgraded with air conditioning and each with an individual balcony. Worth noting is the fact that, during the winter months, the Paradors have several special offers, particularly for the older members of the community, who are able to save 30% on the charmingly named "Dias de Oro" (Golden Days)! 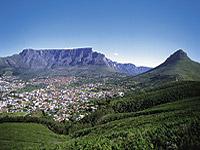 Discover the real joy of cruising
Visit some of the most exotic and interesting places in the world !
Queen Mary 2 - A floating City