Influenza, "the flu" which belongs to the orthomixovirus family, is transmitted though the air, by sneezing and coughing and through direct contact on the hands, eyes and face.

It is an acute respiratory illness which affects the upper and lower respiratory tracts due to viral infection. Although sporadic cases occur in general, more severe cases appear during the autumn and winter periods. There are 3 types of influenza virus:
Virus A is responsible for most influenza epidemics each year. It is the most dangerous one, which mutates most easily.
Virus B is the less common form. It causes less severe forms of influenza. Generally the influenza epidemics due to this virus occur every five years.
Virus C causes infections that may lack symptoms, are very light and resemble heavy versions of common colds. They occur frequently in children.
Influenza viruses are mainly of Asian origin, the local environmental conditions favour the development and the mutation of the virus. Because influenza viruses constantly evolve, our immune systems recognize a virus if we have already been infected once by the same type of virus, but if the virus changes, recognition is no longer possible. Thus, every year new vaccines must be developed.
The morbidity and mortality caused by influenza outbreaks continue to be substantial mainly because individuals, who die of this, are already suffering from other underlying illnesses that weakens their system and places them in the high risk area.
Persons suffering from chronic cardiac and pulmonary diseases are under the greatest threat, as well as old people.
The incubation period is between 1 to 4 days and the on set is usually quite sudden and can show the following symptoms:

Influenza can cause "Necrosis of the respiratory epithelium" which predisposes to a secondary bacterial infection. The interaction is bilateral and sometimes bacteria cause the influenza virus to activate.
Complications may frequently occur:

Pneumonia is the most common complication and can progress with persistent fever, dyspnoea (difficult or laboured breathing) and eventual cyanosis (lack of oxygen in the blood).

Many patients with influenza prefer to rest in bed, analgesic and cough medicines can be used, however sometimes the symptoms need antibiotic treatment which must be prescribed by a doctor to ensure that the correct type of antibiotic is taken.
The influenza vaccine provides partial cover (85% circa efficacy) for a period of a few months up to a year.
The vaccine's configuration changes yearly and it is based on prevalent strains from preceding years. The time for vaccination is between October through to the end of November.
The vaccine is highly recommended to all people who normally contract the flu easily, the over 50's, children and teenagers receiving chronic aspirin therapy, health care workers as well as sufferers from asthma, chronic lung disease, heart disease.
Side effects from the vaccine are rare; at most there might be a little redness and tenderness where it was injected. Fever is quite rare too.
In recent years a new kind of vaccine was developed, intended to protect from pneumonia. This pneumococcal vaccine is strongly recommended to anyone over 55 years of age or any one on the high risk list because it provides partial cover up to 95% of efficacy for a period of three years. Adequate immunity is attained about 2 weeks after taking both vaccines, so it is suggested that you have your vaccine now. 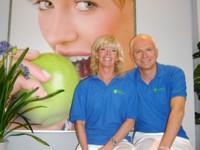 The Ways of Lotions and Potions