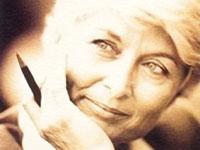 Although the advise from above is to interruspt HST, Dr. Ana Rosa Jurado believes that that decision should be left with the patient. "I think that we are overlooking the main and most important reason for HST: quality of life.

Not unexpetectedly, a 'U' turn, has just taken place in respect of Hormonal Substitute Therapy (HST). Over the last few months almost all of us professionals have been advised to interrupt, without causing any alarm or panic, all hormonal substitute treatments prescribed during the last five years to women suffering from menopause.
Apparently, it is considered that there is sufficient evidence to support the fact that the risk of breast cancer is increased with the use of HST in all its forms: single estrogen, estrogens combined with progestins, of cyclical or continued form, including tibolona (the molecule that acts by adhering to the receptors of estrogens, progestins and testosterone); it would appear it is all now under close scrutiny.
Up to not so long ago, HST was the best option available to women with pre or post menopause symptoms who showed signs of osteoporosis, osteopenia or a high risk due to related factors (smoking, lack of physical exercise, family history) particularly if these women showed the typical related symptoms like a feeling of suffocation, irritability, slight depression, reduction of sex drive, insomnia
In addition it was thought that the same treatment applied to dealing with signs of genitourinary atrophy (and its prevention) and the alleviation of cardiovascular risk in women. It was even thought that it could prevent or slow the progression Alzheimer's disease.
In reality the majority of these conclusions have become obsolete, firstly because the various studies carried out did not succeed in proving any benefits that the use of HST may have had in controlling Alzheimer or indeed cardiovascular illnesses, secondly there are now some new and more effective treatments available for complaints such as osteoporosis and which do not present obvious increased risk of breast cancer.

In this context, with no need to alarm, as in fact this type of cancer depends from many other factors, all doctors are advised to cease the use of HST treatment prescribed to all women who have received it for more than 5 years (the safe time, according to scientific research) and to use minimum doses, should the use be necessary to alleviate the menopause symptoms.
In my opinion, although I totally agree, I think that we are overlooking the main and most important reason for HST: quality of life. I am not saying this from personal experience; it is what my patients tell me. It is not for psychological fear caused by the unknown when faced by a new phase or a change of role in life that a woman suffers from menopause and can no longer procreate.
Today women have a more active working life and they are prepared and look forward to the happy changes that life may bring to them. It is really true!
A large number of women experiencing the symptoms (suffocation, insomnia) lose part of their usual personal abilities and their quality of life. I believe that women should be sufficiently, impartially informed so that they may decide for themselves as to what is they consider to be their own personal therapeutic preference within the available options, particularly as it has been demonstrated in practice, not theory, that HST improves the quality of life in clearing these symptoms.
To conclude I propose to inform, to uphold women's opinion and dedicate as much time as possible to the evaluation of every individual case, just as I would like this done for myself. If you were a doctor, what would you do? 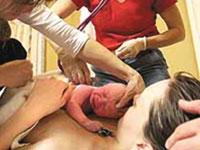 Midwife on call!
Midwives on the Costa del Sol
The Wisdom of the Body

A word about Acne