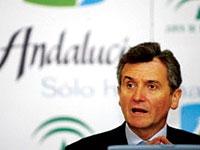 According to Plata, tourism was up by 3.5% in August.

Plata announces that last August AndalucûÙa has had about 2.9 million tourists!

At a press conference held on the 16th September, it was officially announced by the Chief Executive responsible for Tourism, Commerce and Sports, Paulino Plata, that he has presented his tourists report in MûÀlaga for the month of August, showing a figure of 2.9 million visitors, which represents an increase of 3.5% on the same period last year. He also submits that hotel bookings have been 5.22 million more, again an increase of 6%.
It is then concluded by the Sistema de AnûÀlisis y EstadûÙsticas del Turismo en AndalucûÙa (SAETA), that AndalucûÙa has obtained some very positive results with an estimated income of 3.107 million euros, an increase of 1% and a stay averaging 12.2 days.
It is also stated that the average expenditure per person was 41.05 euros, daily against 39.31 the previous year.
Paulino Plata, concluded his report skating that the booking for September were already showing an increase of 6% over last year and this means 750,000 more hotel bookings in the period from July to September than last year.
What the report did not qualify is whether it was national or international tourism and the ratio comparison between the two this year and last year.
There seems to be an element of contradiction to the report by APTA on Diario Sur on the 8th September, which states that hotel bookings on the Costa Oriental de MûÀlaga have dropped by some 7 points in August, and although booking figures inland were better than previous years, there was a marginal overall drop which was blamed on the different exotic and cheaper alternatives that are available.

On the 21st September, Andalucia Turismo Digital stated that, according to a survey carried out by the Partido Popular in eleven 4 and 5 star hotels and two other hotels in BenahavûÙs, Hotel occupancy fell by 5 points during the summer in comparison with the same period the previous year.
Another article by the same publication, on the same day, also stated that rural hotel occupancy fell by 10% this summer attributing this to the increase costs of renovations, the increased attraction to the Costa and the new interest in foreign travel discovered by the national tourists.

Editor's Comment
There seems to be a lot of contradictions on this subject. Is there a danger that heads may be rolling? 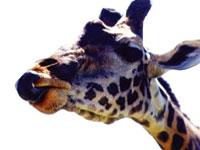