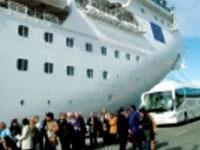 A delegation of British Shipowners visist Seville with the view to exploring the possibility of organising cruises. Also, some news from the Boatshed in Gosport, UK.

On the 18th September 2004, it was announced that a delegation of ship owners from the U.K., headed by Mr. William Gibbons, President of the British Ship-owners Association, have visited Seville to explore the possibility that the town may be a destination for cruises.
The Port Authority issued a communiqué announceing that they had met with the delegation and that they will stay in Seville until the 19th in order to have the opportunity to see what other tourist focal points the area had to offer.
On the other hand, it was also disclosed that the French river cruises company "Cruiser Europe" had already made reservation for 37 dockings between the 28th April and 31st December 2005, each for 150 passengers.

We have been notified by the Managing Director of the Boatshed in Gosport, England, Mr Neil Chapman, to the effect that the Boatshed franchise in Gibraltar had been withdrawn due to problems with the franchisees Karen Bell & Robert Hobkin, who have started another company calling it solboats.com. Under the circumstances we need to clarify that we have no problem with the Boatshed in UK or indeed the new franchisees in Gibraltar. 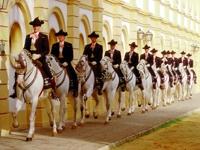