He became the first Latino to headline worldmusical events 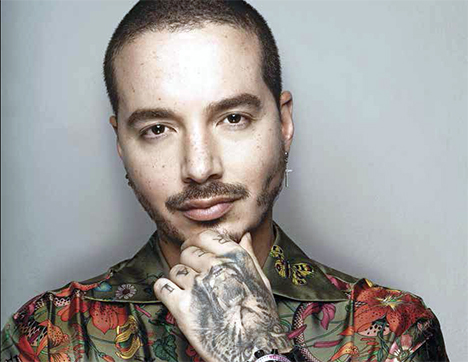 Throughout his career, Balvin has won five Billboard Latin Music Awards, four Latin Grammy Awards, two MTV Video Music Awards and four Latin American Music Awards and received two Grammy Award nominations. In 2017, the BMI Latin Awards named him the Contemporary Latin Songwriter of the Year for his contribution in Latin music industry and has won the first Global Icon Award given by Lo Nuestro Awards, in recognition of his contribution to spread Latin music worldwide.

He became the first Latino to headline worldmusical events such as Coachella, Tomorrowland, and Lollapalooza. The Guinness World Records acknowledged him as a “leader of a second-generation reggaeton”.

His breakthrough came in 2014 with “Ginza” and the single “6 AM” featuring Puerto Rican singer Farruko which peaked at number 2 on the Billboard Hot Latin Songs chart following with “Ay Vamos” and “Ginza”. In 2016, he released Energia, which included the hit singles “Ginza”, “Bobo”, “Safari”, and “Sigo Extrañándote”. In June 2017, J Balvin released the single “Mi Gente” with Willy William. On August 1, 2017, “Mi Gente” topped the Global Top 50 on Spotify, and later reached one billion views on YouTube.
In 2020, J Balvin was included in Time magazine’s 100 Most Influential People of 2020 and one
of the greatest Latin artists of all time by Billboard

ED SHEERAN
Sheeran has sold more than 150 million records worldwide, making him one of the worldâs best-selling music artists.
Tones & I