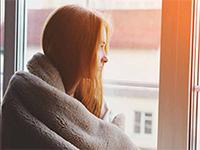 Once a liar and a cheat alwaysâ¦

â¦from the side of the bus till now

After some 3 years, my daughter finally managed to make use of the time off work to come and visit us, her parents on the Costa del Sol, for just a couple of days. We  ere getting ready to go and pick her up at the airport when she phoned us from her airport saying that she may have to cancel the flight because the UK was imposing an immediate 14 days quarantine on all returning from Spain. She was concerned at the likelihood of losing her job when getting back to UK for having to stay off work  or a further two weeks.

It was a point of no return, a choice between losing her flight and taking a chance on her return. Fortunately her employers were very understanding and confirmed her  job was safe.

What a stupid thing to do! At the time here were more than 100,000 UK nationals visiting Spain on their holidays now worrying about their jobs and their business upon their return home. And they say the unemployment figure is growing by the day? But we are also talking of the announcement being made at the end of July,  hen an estimated two million more people had already booked and paid for their August summer holiday in Spain.

It all sounds quite plausible when they say it was done for the safety of the nation to ensure that travellers were clean on their return, in reality it is definitely idiotic  when it is the UK that has the greater problem with the corona virus. As the Spanish PM stated it is safer to be in Spain than in the UK.

It seems like an attempt to cause deliberate damage to the Spanish economy which depends on tourism, especially when the restriction was imposed to include the Canary Islands (miles away from Spain) but to exclude Gibraltar right next to the Costa del Sol.

I think this really goes to show how incompetent is the present UK government, not only have they shown they are incapable of managing the control of their pandemic but they continue causing problems to their own economy with airlines, airport and tour operators pushing a lot further up their own unemployment figures.

What is even more pathetic is that now they blame the corona virus for the and damage to the economy created by Brexit with the massive losses suffered by the value  f the pound, companies closing down, foreign manufacturers closing down and moving to the EU.

I really fail to see the wisdom in abandoning the largest and most convenient market right on the doorstep to go and look for deals across oceans and continent that  erve no real advantages, and possibly even offer disadvantages.

It is interesting to learn that the research from the Centre for Competitive Advantage in the Global Economy at Warwick University found that the parts of the UK with  igh levels of low-skilled and manufacturing employment have underperformed most since 2016. These are the areas that also heavily voted Leave in the EU  eferendum. It does seem to raise the question about irregularities with the referendum.

As an additional note I would like to quote Anna Feuchtwang, the chair of End Child Poverty, who (referring to Boris Johnson) said: - “It is deeply insulting to the  hildren and families swept into poverty, when data about them is used selectively and misleadingly at the whim of politicians. The simple fact is that by any measures  hild poverty is rising, but instead of tackling the problem, the government risks obscuring the issue and misinforming the public.” The Guardian 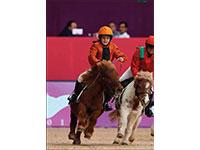