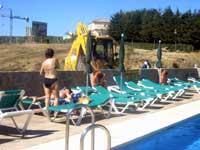 Do tourists notice the noise and dust when they are here? Will they come back to this as well as higher prices, excessive noises and bad service?

It was not long ago that Casares gave up its littoral land to Manilva because it was considered worthless, only after seeing the recent development they begged for some of it back. Without tourism and the influx of foreign money, this part of Spain would only be able to rely on agriculture for its income. Making a living out of fishing is only a chapter in the history book.

So why it is that tourists are treated rather badly? Do we really think they will to come back to bad service, higher prices, no parking facilities, excessive noise and disregard for the enjoyment they expect to have while they are here?
We have just received a letter from the San Roque Hotel, complaining that the San Roque Urbanization has become a building site causing considerable stress to its residents, particularly next to the swimming pool, where the land adjoins.

In  their letter they say: "In July tipper lorries were passing every few seconds from 7am to 7pm. We had to spray the road with water. We could only use half the hotel because of noise and complaints from clients. The hotel is at maximum capacity. I hope clients forgive me and return next year." They also add, "the builder decides to start building in August, covering the entire swimming pool area in dust. My wife is continuously hosing the dust away."

The whole of the Coast is undergoing a traumatic growth phase in a short space of time and building has carried on frantically catering for the increased demand in accommodation and services. It is a bit of a "chicken and egg" situation, more tourism requires more construction, yet more construction upsets tourism.

The Authorities should intervene and prohibit building works next to other establishments and properties during the high season; it still leaves 9 or 10 months in the year to do it in. In so doing, existing tourism could be protected.
We have seen the Authorities begin to act against disturbing noises, such as motorbikes and loud music under hotel windows all night. The process of adapting to a busier and more attractive Costa has begun, but it has to take its course. It is all happening so fast! 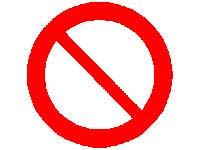 What price peace of mind?