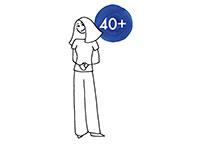 The consequences of delaying motherhood

Currently, 32 is the average age when women have their first child, however many obstacles may delay that moment even longer.

Medicine allows us to face up to our biological clock, but what are the consequences? Is it harder today than before to have children?
According to data from the Survey on fertility, family and values, published by the Center for Sociological Research (CIS), six out of ten Spanish women believe that having a child is an obstacle to their professional development and, consequently, they decide to leave the decision to after 35 years of age.

But while they think about it, the biological clock does not forgive, life goes on: the decline in the number of ovules accelerates after 35 and fertility decreases by up to 30 percent; after 40 years of age this percentage drops to more than 63 percent. Thus, women who delay their motherhood run the risk of not achieving pregnancy when they want it.

Contraception was a big step for women as it allowed women to prevent unwanted pregnancies. But it has created a false idea that one can have a child whenever is wanted. From a biological point of view, the best years to procreate coincide with those that, increasingly, we dedicate to professional progress or enjoyment of life. The choice that can affect the consequences. No one knows for sure how fertility declines, but it does, and the factors that influence can be diverse: age, health problems, personal characteristics, frequency of sexual relations.

EVALUATE THE RISKS
While medicine can help preserve fertility, through the vitrification of eggs, the consequences of late motherhood for both the mother and the future baby are another story that is not always considered. Thus, women who decide to delay the age at which they are mothers may have to face:

But also there are advantages
Late motherhood can be favoured by a series of elements of their own, precisely due to the greater age, such as professional stability, and a higher economic status, commitment in the couple’s relationship, maturity, personal security, responsibility in the decisions and in the projects, and above all, a great motivation for motherhood.

Is there a psychological risk in late motherhood?
However, late motherhood is associated with some psychosocial disadvantages or difficulties such as frustration and wear and tear in the fight against infertility, which is usually present in many cases and which usually involves refusing to have a larger family, less support of the immediate environment for the upbringing (the grandparents are very old, the friends have children of more advanced age), less physical resistance and energy for the care of the child.

The social stigma of appearing “too old” as a mother or father for others is a very common fear at the start, but that usually dissipates quickly, firstly because of the illusion expressed by the environment when the news of pregnancy is known, and then by the reality of the fact that there are more and more couples having children in the same age group.

If you see yourself reflected in this article, contact us.
At HC Fertility we are in the technical vanguard and we have an excellent team of professionals, doctors and embryologists, with extensive experience who study each case in a personalized way to advise patients in the decision to cryopreserve their ova or embryos.

We also have a Psychological Support Unit with trained and specialized professionals to provide a stress-free, comfortable and modern environment to help patients feel as much at ease as possible. 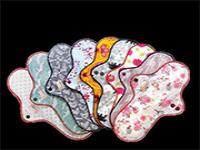 The Power of Sleep