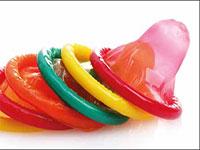 How frequent are STI´s?
It is impossible to know exactly because there is a significant number of under declarations and underdiagnoses worldwide. For example, HIV infection, which currently has a pattern of sexual transmission in urban and coastal areas, has rates above the rest of Andalusia in Malaga. Also in 2018, Málaga is among the provinces with the highest rates of syphilis, gonococcal infection and infection by Chalmydia Trachomatis along with Seville and Granada.

How can I suspect if I have an STI?
Unfortunately, most sexually transmitted diseases do not show signs or symptoms. So any person who has had or has sexual relations, could be infected. Therefore, if there is any suspicion of STIs early diagnosis by health personnel is recommending especially with young, sexually active people who visit the clinic. Among the possible symptoms are genital warts, ulcers and urethral discharge or vaginal exudation.

What should I do if I have just received the news that I have an STI?
The first step is to seek treatment, in most cases it is quick and effective; and not having sex until your doctor tells you to. It is also essential to communicate with your partner or sexual partners. In these cases, the best advice we can give our patients is to be frank and direct with couples. In addition, in some cases, you may have contracted the infection in a previous relationship without even knowing it. It is important that everyone knows what their situation is. Only in this way can measures be taken to protect patients and their partners.

How can I protect myself from acquiring an STI?
Deciding to be sexually active means putting yourself at risk of getting an STI. To protect your health it is important to limit the number of sexual partners, insist that the use of condoms is not negotiable in case of sporadic sexual relations and also gay men, bisexuals and men who have sex with men should know that they have greater risk of contracting hepatitis A and B virus infections, and that there are vaccines available against these viruses.

In recent years we already have acquired the vaccine against the human papillomavirus (HPV) that is already recommended to women and men, although it would be
ideal to receive it before the beginning of sexual relations. 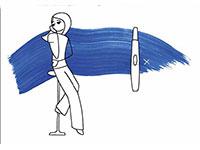 Fertility. Myths and realities about what facilitates a pregnancy
With so many false beliefs about what makes or hinders pregnancy, it is necessary to dispel myths and resolve the main existing doubts that couples have while attempting a pregnancy.
ALZHEIMER OR DEMENTIA?