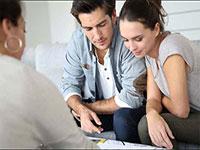 The younger you are the cheapest it gets.

Of course it makes sense to book your funeral now at today’s prices. The younger you are the more you save and the added bonus is that you can plan a funeral according to your own wishes while saving your next of keen from a considerable worry at a most distressing time.

However it would seem that, like with everything else, you have to be careful and choose wisely who you book your plan with, especially if you are an ex-pat.

The first thing to consider is to make certain the company or person you book your plan with is likely to be still around at the time of your departure, otherwise you will have wasted your money as well as your time.

The British papers have been discouraging such plans mainly when middlemen take hundreds of pounds out of customers’ plans, with the result that grieving families get hit with unexpected extra bills at what is already a very difficult moment.

Many people may be unaware of the commission and administration fees charged by some providers acting as middlemen between the customer and the funeral director. This is something to watch out for especially abroad with non-Spanish intermediaries. Unfortunately dead consumers are unable to complain and that leaves an open field for those who will take advantage of this fact.

Whilst it is cheaper to die in Spain, remember that there are no foreign licensed undertakers in Spain therefore you need to be certain that the undertaker is an established Spanish organisation that is not likely to go out of business before your time and if an intermediary is used that all fees and commissions are accounted for so as not to affect the cost of your plan when it is needed.

For your information Francisco Camero is a long established licenced Spanish Funeral Directors organisation now in its third generation, also on the recommended licenced funeral directors provided by the UK Foreign Office. 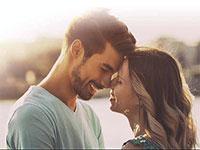 You only die once
Unless you believe in re-incarnation!
To DIE can be expensive

As certain as death

Someone to trust - is someone who understands and cares.