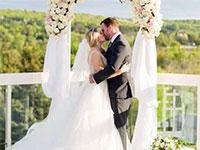 Getting Married in May

The warmer weather and the feeling of renewal that spring brings are most appropriate for a wedding in May which also marks the start of the peak wedding season. 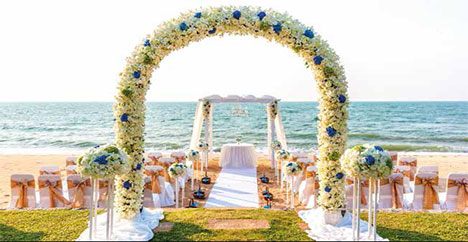 On the other hand, it is said that “if you marry in the month of May, you'll surely rue the day”. This is probably because in Germanic countries, the pagan European  festival which has survived today in vestigial form as May Day, was celebrated with sexual license. People had sex as a ritual act to stimulate the growth of the crops, meaning that random couplings took place under the influence of alcohol and religious ecstasy making it unwise to actually marry a May Day partner.

But then they go on saying that “when you marry in June, you're a bride all your life…when roses grow and over land and sea you go”.

The most popular months to get married are June, September, and October and this is clearly due to the weather, when is absolutely beautiful in early summer and autumn. In general, you can plan for weather based on past records and standards.

The less popular months would represent the cheaper months when to get married, meaning January, March, April and November. During these months, wedding organisers and vendors are typically more available and less expensive.

On the whole the wedding date is very much dictated by the weather, there is nothing more depressing for the couple and the guests than getting married on a rainy,
cold day. This is why more and more couples now tend to get married in countries known for their warmer climate.

Andalucia of course is the most popular location selected by couples, and not just because of the reliable wedding weather but because the cost of a wedding can be
considerably cheaper. Additionally, due to its proximity and inexpensive travel and accommodation costs, guests can afford to attend the ceremony and the celebrations while extending their visit to a holiday as a bonus.

Andalucia has a lot to offer, there are some unbelievable wedding venues. Andalucia has inherited a rich and diverse history combined with the natural beauty of  beaches, mountains, and lots of exotic plants and gardens. A perfect wedding stage with probably more to offer than any other location anywhere. 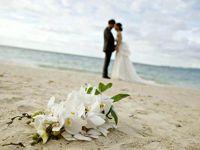 Wedding Day
No, not the Royal Wedding, I mean your wedding day, the memorable, important day that will be remembered for evermore.
Vive la Difference! - Да здравствуют различия!

A wedding to remember!