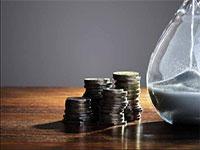 The sooner you pay for your funeral the cheaper it gets THE COST OF DYING KEEPS GOING UP!

In previous editions we have shown that funeral costs in UK have even come under scrutiny of the government due to aggressive and misleading sales tactics, while the cost of a standard British funeral is rising twice as fast as the cost of living.

Funerals are considerably cheaper in Spain, but even so, costs do go up over time due to the inevitable inflation. This is why it is worth planning to fix the cost at present rates.

The additional advantages are that you can make all your wishes known having a say in your final send-offs, plus your family will not have to shoulder the cost at a most distressing time.

Many elderly people obviously plan their funeral in advance; but do you really need to wait until the last moment to make this important decision? It is a bit like insurance, the younger you are the cheaper is the premium; so why wait? Anyway a single cost is cheaper than a monthly premium.

Unfortunately the lower costs in Spain have attracted many non-Spanish, unlicensed funeral companies, therefore it is important that you deal with a reputable Spanish funeral directors such as Francisco Camero who have provided their services for three generations and are also recommended by the UK Foreign Office.

Suffice it to say, there are no foreign licenced undertakers in Spain and you should ensure that third party disbursements are included in the original price to avoid you or your family paying more than was planned. 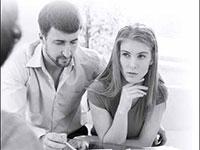 YOU DO NOT HAVE TO DIE YOUNG!
It would seem that most people start to think about their own funeral when they reach their fiftyÂ’s, yet the thought of dying is constant on our minds from the day we realise that life has an end for everyone.
As certain as death

Someone to trust - is someone who understands and cares.

Find out for yourself