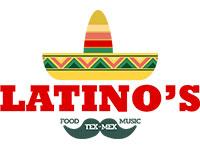 Why is Mexican cuisine so good?

It seems people just cannot get enough of Mexican food

Mexican food is DELICIOUS and sophisticated. It has UNESCO recognition for its unique contribution to humanity. Sweet potatoes, yams, tomatoes, vanilla, cinnamon, cacao, amaranth, chilies and maize are just a few of the food groups adopted in Mexican cuisine and people have been cooking with them for a VERY LONG time.

Mexican food is packed with flavour while utilizing the freshest ingredients available. The dishes are appealing to most palates, which is why Mexican is a favourite cuisine in the U.S. and many other nations around the world.

When the Spanish arrived they introduced, among other good things, distillation, wheat and cows. The truth is, Mexican food is very healthy because most dishes contain all the food groups.

Thanks to Lisa of LATINOS all this flavour and all this goodness is now available in Sabinillas. A Real Tex Mex Mexican food restaurant with some real Argentinian specialities added to the menu. Many Mexican food restaurants have opened all over the world including the USA and Europe, but not all use original ingredients. Lisa insists on importing all the basic ingredients from Mexico, stating there can be no substitute for the real flavour. 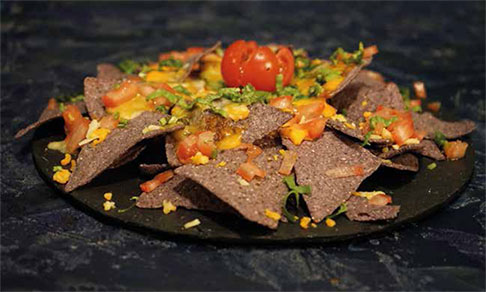 Pungent and bursting with flavour, garlic lends special qualities to the final cuisine. Onion, cilantro, oregano, cumin, and chili powder are some of the spices used regularly. Oregano, cilantro and cumin all give a savoury and earthy flavour to the dishes they accompany.

Corn is the staple food in the region. Tortillas are called “blandas” and are a part of every meal. Corn is also used to make empanadas, tamales and more. Black beans are favoured, often served in soup or as a sauce for “enfrijoladas”. Adopting toppers such as cheese and sour cream for guacamole is a healthy Mexican way to enjoy the bursting flavours of Mexico.

Guacamole is made from a healthy fat that doesn't rack up too many calories.

Enchiladas date back to Mayan times, when people in the Valley of Mexico would eat corn tortillas wrapped around small fish. These days both corn and flour tortillas are used and are filled with meat, cheese, seafood, beans, vegetables or all of the above.

LATINOS a new and fresh Tex Mex restaurant with an added twist of Argentinian food well worth visiting with a warm welcome from Lisa. 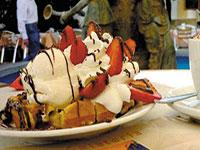