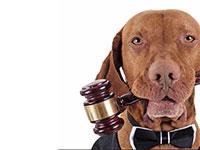 Now animals in Spain have acquired their OWN RIGHTS

Under a new Spanish Bill animalsÂ’ legal status will change from being objects to sentient beings.

The updated draft is expected to be finalised by February, 2019. Which is good news because under the current Spanish Civil Code, animals are classed as movable property therefore this would stop the practice of pets being seized along with other ‘assets’ in cases of payment defaults. Mortgage and civil procedures legislation will have to be modified to ensure nimals cannot be confiscated.

In cases of divorce, it would also make it possible for intermediaries to decide which partner gets custody of a pet after a divorce or separation, with priority being given to the animal’s welfare.

Whether this is sufficient protection for pets to stop ill treatment of animals is somewhat doubtful but amendments to animal protection laws in Spain now mean that
owners who abandon or beat their pets could face fines of up to €30,000. This was prompted by an estimated 140,000 dogs alone being abandoned on the street every year in Spain and, in addition to cruelty, using animals for fighting will also attract a fine of up to €30,000.

While animals may no longer be allowed to be put down for non-medical reasons, owners will also face fines of up to €2,000 for not carrying out mandatory medical procedures such as vaccinations, keeping their pets in squalid conditions and not feeding them sufficiently 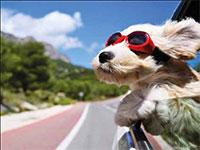 Dogs in Spain
If youÂ’re planning on moving or just holidaying in Spain with your dog, you need to be aware of the entry requirements for dogs to Spain.
How much is that doggie in the window?

The 5 Star Hotel for Cats