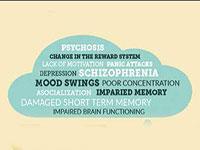 What is the difference between Cannabis, Pot, Weed & Marijuana?

None! They all ruin your life. Because of its illegality over the years it has been given different camouflage names including ganja, dope, cheeba, 420, and the sticky icky.

Tobacco smoke never killed anyone until it was discovered that it contains more than 50 chemicals that cause cancer as well as nicotine which is a very addictive psychoactive drug. Marijuana is a different plant that contains the mind-Altering chemical THC and other similar and this is most commonly smoked among young people although it has certainly made its impact with adults too.

While the number of young people who believe regular use of marijuana is risky is decreasing, legalization of marijuana for medical use or adult recreational use ii on
the increase.

People smoke marijuana in hand-rolled cigarettes (joints) or in pipes or water pipes and to avoid inhaling smoke, some people use vaporizers. It can also be mixed in food, such as brownies or candy, or brewed as a tea. The effect of THC can also be greatly magnified in the body with the use of extracts such as resin.

Whereas the use of marijuana can help to alleviate certain medical conditions and to make life more tolerable for such sufferers, I must suppose that it can make you feel lighthearted when use sparingly and occasionally. I can`t say personally because I have never tried it.

Unfortunately it is a drug and as such it is addictive, the more you use it the more you want it, just like tobacco and worse because it affects the brain as THC passes quickly from the lungs to the bloodstream that flows all over the different organs, but it over activates specific brain receptors causing the “high” referred to by users.

BUT IT IS ADDICTIVE!
What makes it worse is that the levels of THC have been steadily increasing over the last decade and Marijuana also affects brain development. When people begin using marijuana as teenagers, the drug may impair thinking, memory, and learning functions and affect how the brain builds connections between the areas necessary for these functions. Researchers are still studying how long marijuana's effects last and whether some changes may be permanent.

There is a wide range of physical and mental effects caused by marijuana use:
• Breathing problems same as with tobacco. Cough, phlegm, frequent lung illness, higher risk of lung infections.
• Increased heart rate. Marijuana raises heart rate for up to 3 hours after smoking.
• Problems with child development during and after pregnancy.
• Intense Nausea and Vomiting.

IN CONCLUSION, Compared to non-users, marijuana affects a person’s life

SO WHY DO IT? GIVE IT UP!
It is so addictive that the use of marijuana can lead to the development of a substance use disorder, a medical illness in which the person is unable to stop using it even though it's causing health and social problems in their life.

WITHDRAWAL SYMPTOMS
No medications are currently available to treat marijuana use disorder, therefore it is down to the individual to make the effort, a matter of willpower and quite simply stop using it. It is by far the best way, the idea of reducing the use gradually over a period is not a solution in my view and it is well worth the effort to suffer the withdrawal symptoms:
• Grouchiness
• Sleeplessness
• Decreased appetite
• Anxiety
• Cravings

I know the hell I have had to go through to give it up after smoking tobacco heavily for over 40 years. A price well worth paying to get off the road to even worse types of drugs and a healthy life as well as socially happy to look forward to. 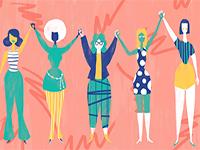 And Steve Martin was left in the cold

Poor Europe! What a disaster!