Another couple of absolutely epic games that are guaranteed to impress gamers:FARCRY NEW DAWN & DIRT RALLY 2.0 (Click on the images to view game) 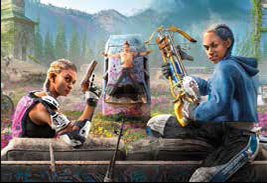 After the nuclear exchange devastated the world, survivors attempt to rebuild the community in Hope County. Their efforts are threatened by the Highwaymen,  organized bandits led by twin sisters Mickey and Lou.

The survivors form an alliance with New Eden, the remnants of the Project at Eden’s Gate, despite knowing that they may represent a greater threat than the Highwaymen. The game is also expected to reveal the fates of the Deputy and Joseph Seed, the protagonist and main antagonist of Far Cry 5 respectively. 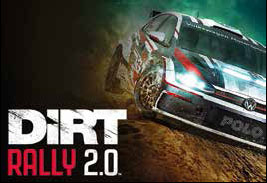 You will need to rely on your instincts with the most focused off-road experience yet, including a new authentic handling model, tyre choice and surface deformation.

Power your rally car through real-life off-road environments with only your co-driver and instincts to guide you. Race on eight official circuits from the FIA World Rally cross championship, complete with licensed Supercars and support series. Develop your team and cars around race strategies, and progress through a varied selection of Events and Championships in both a single player Career Campaign and a competitive online environment. 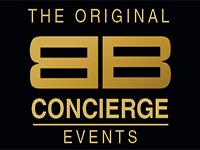 The Original BB Concierge
Mario Montella is a successful entrepreneur specializing in luxury events with more than 20 years experience. He came to Marbella in 2015 from the capital of fashion, Milan
Whats Hot - Games