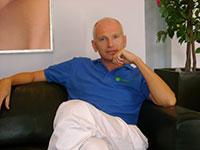 It is coming up to nearly 20 years since I came to the Costa del Sol and I enjoyed every moment with no regrets! Says Anders

I consider myself a successful foreign resident of the Costa del Sol, but to be so you need to work hard, which is something I do and enjoy.

Anders Friman is a senior partner in the well-known dental clinic “The Dentists in Sotogrande” located in Paniagua. He was born and educated in Sweden where, after his university degree, he started practising as a dentist in Stockholm.

It was not long before he was headhunted by a dental practice in Germany; he always liked the idea of working abroad, so the decision to go to Germany was not difficult to make, although he would have preferred a Mediterranean climate.

çAnders never stopped furthering his education and his skills, even after acquiring his university degree, he continued his studies at a university in the United States. This is probably what gave him a first insight into the world of cosmetic dentistry, which eventually became his passion.

His dedication to his work eventually brought him one step nearer to Southern Spain, his favourite destination, and he was head hunted with an offer to run a dental clinic in Abu Dhabi.
Well, it was not Spain, but the climate was warmer and the opulent opportunity was too attractive to refuse. This move also placed more emphasis on his cosmetic skills, which he constantly upgraded with regular visits to the U.S.A., the home of dental cosmetics.

Eventually an old friend, dating back from his students days, offered him a partnership in a dental clinic on the Costa del Sol. Just what he always wanted!

The Andalucian culture ha`d always fascinated him. He likes the folklore, the music, the customs and even the language, which he now speaks. There is very little he does not know about Southern Spain, he says that you have to enjoy the local traditions and history in order to enjoy your life where you live it.

As a fully pledged member of the American Academy of Cosmetic Dentistry, Anders continues to attend regular courses every year in the U.S.A. where he can also exchange experiences with similar professionals from all over the world. The combination of dentistry and cosmetics has resulted in a substantial number of satisfied clients and patients who keep coming back and recommend him to others.

His ambition is to own and integrate a technical laboratory to the clinic so as not to have to rely on others, but then he is not in any particular hurry to do so. Anders is quite happy the way things are and the satisfaction of his patients is what is what feeds his own satisfaction. 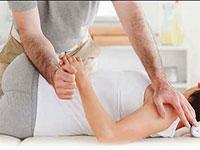 What is Osteopathy?
An osteopath is an Allied Health professional specialising in the treatment of the musculoskeletal system
Have you already decided to perform an assisted reproduction process?