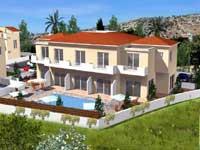 Various news items of interest seen on the Spanish Press

The property sector pleads caution on the part of the Government.
Estate Agents and Building Companies have pleaded, through their respective associations, that the Government exercise caution when elaborating their contingency plans.
The Asociación de Promotores y Constructores de España (APCE) and the Confederación Nacional de la Construcción (CNC) are concerned about a possible reduction in taxation, which added to a rent assistance scheme, can and would produce a substantial drop in demand.
Nevertheless the industry already takes it for granted that that the activity cannot continue growing over the next few months at the same rate as it has done so far, "because the rhythm of growth cannot be sustained in the mid term", as stated by Manuel Martí, APCE's General Secretary.
What the experts fear is that the proposed assistances may well result in a slow down to the building of new homes due to a drop in demand

In March the total mortgage value in Spain was 494,041 million euros, equivalent to 63.91% of the PIB (Gross National Product).
As at last March, Spaniards owed their banks, building societies and credit cooperatives 494,041 million euros, which is equivalent to 63.91% of the National Gross Product (PIB), valued at 773,072 million euros at current prices, including inflation.
Despite the warnings given by the Bank of Spain, finance companies maintained a record growth rate.

A record level of foreign investment in property in Spain.
Foreign investment in the Spanish property market in 2003 amounted to 7,051 million euros, which is equivalent to 0.95% of the Gross National Product (PIB), the highest percentage in history.
This represented an increase of 16.7% in respect of 2002 which also represented an increase of 27.7% over the previous year. Nevertheless, it would appear that the rhythm has started to slow down and during the last quarter of last year a drop of some 30.2% was noted in coparison to the same period in the previous year.
The drop in the demand followed on to this year's first quarter, although the drop in comparison to the same period in 2003 was only 1.3%. In the course of the last tour years, the level of foreign investment in property in Spain has more than doubled with an increase of 135%.

The Banco de España request that finance companies do not relax their lending policies.
The Banco de España has requested that all lending institutions do not ease their lending criteria and to ensure that tangible securities are available such as in the case of mortgages and not to rely on the institution's opinion and assessment of clients over their ability to repay.
(Editor's opinion? Watch out! Banks expect defaults and intend to cash in on repossessions)

The Bristow Property Group
A Sotogrande based property Consultancy Company offering a very large selection of sales and rental property in the area.
Recommended Real Estates

56,1% of the income of Madrilenian families is absorbed by mortgage repayments

Infocasa putting properties into the window and on to the web