The most primitive peoples in the world began making cakes shortly after they discovered flour.

In medieval England, the cakes that were described in writings were not cakes in the conventional sense. They were described as flour-based sweet foods as opposed to the description of breads, which were just flour-based foods without sweetening.
Bread and cake were somewhat interchangeable words with the term "cake" being used for smaller breads.
Today cakes are made from various combinations of flour, some form of shortening, sweetening, eggs, milk, leavening agent, and flavouring.
There are literally thousands of cakes recipes (some are bread-like and some rich and elaborate) and many are centuries old.
The first true breads were probably developed in the Mediterranean area and Middle East around 2500 BC when fermented doughs (sourdoughs) were added to flour to make flat cakes rise when baked. Like many innovations, sourdough leavening probably came about by accident.
The tradition of Challah and other kosher, yeast-leavened breads can be traced back to the Ancient Hebrew belief that breads leavened with sourdoughs were impure due to the fermentation.
The Ancient Egyptians baked breads in stacked moulds placed in an oven and they also used bread as a form of currency The Assyrians used a different approach all together: They placed dough in heated earthen pots that were sealed and buried in the ground.

The Romans began a long-standing tradition that seems strange in modern times: Wedding cakes were given as an offering and sacrificed (by burning)-they were not actually eaten.
In the 1400s a separate corporation of pastry cooks arose in France. Later on, a waffle-maker corporation split off from the pastry cooks, further specialising the trade. Advances in the filo pastry technique, the increase in the availability of butter and sugar, the influence of Italian cuisine, and the introduction of chocolate (from colonies in the New World) brought about a surge in the development and consumption of bread and pastry delicacies starting in the 1500s.
Oublies, macaroons, frangipane, and marzipan treats and other pastry specialties including the Viennese croissant became very popular. Sweetbreads and yeast-leavened cakes, like the French gorenflot and the Alsatian kugelhopf (also known as guglhupf) also flourished. Sweet buns, fruit breads and biscuits were especially popular in France and Britain. According to legend, a baker alerted the forces of Vienna to the approach of the Turks in the siege of 1683. The curved shape of the croissant was intended to commemorate the Viennese victory over the Turks, whose flag bore the crescent.
Despite the thousands of recipes from every part of the world, French Patisserie still holds its own with its Gateaux, Petits Fours Try the following and see what you can make with it to surprise your guests with a real easy recipe. 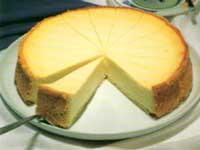 Is Oily Fish good for you?