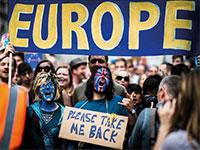 It would seem that most on the recent politicians everywhere seem to be losing sight of what represents the nationĀ’s best interests in favour of their own best interests.

Why the sudden desire to be free to trade anywhere when before joining the E.U the UK was free to trade with any country worldwide, even the ties with the Commonwealth were stronger than today, yet, to avoid an economic decline, having seen the advantages of the single market, the U.K., with Harold MacMillan as PM, first applied to join the E.E.C. in 1961.

This application was vetoed not once but twice, again in 1967, by the then French Premier, Charles de Gaulle. He probably feared that the U.K. within the E.E.C. would be the louder speaker, also De Gaulle believed that the strong ties between the U.K. and the U.S.A. would increase the American influence in Europe.

It was not until 1973, that Edward Heath finally took Britain into the E.U. (or E.E.C.), after the death of De Gaulle in 1970. But having so much time passed from 1961 to 1973, under the Labour Prime Minister, Harold Wilson, it was decided that there should be a UK referendum in 1975 on continued membership of the EEC to sound the people’s opinion. The electorate voted ‘Yes’ by 67.2% to 32.8% to stay in Europe.

When Mrs May states that a referendum was already taken, she seems to forget that this was really done in 1975 and if people had
the right to change their mind then, why can’t they do so now? And this time with a referendum free of lies and false information
being fed to voters.

So why now go back to a 1960 situation, when we found the need to join the E.U. in the first place? As a matter of fact, a much worse situation because the UK ties with the rest of the world are now much weaker, even with the U.S.A.

Europe needs to protect itself against the obvious large blocks that create their own boundaries, namely China, Russia and the U.S.A. and to do so Europe need to be a large itself that is the E.U. So why do we want to be out of it? Why do we want to isolate ourselves from the rest of the world?

United we stand, divided…
The decision to stay in the E.U. has already been taken and a non-enforceable referendum confirmed it. So why believe the last referendum? Why the lies with the red bus, why was not everyone affected be permitted to vote? Surely that was a false referendum for the benefit of those who distorted the truth in their attempt to become a Prime Minister! What about the people and the nation?

The time and money spent on Brexit would have been better spent on using our British influence (the fear of De Gaulle) to improve
the running of the E.U. which is far from perfect, including the UK own conditions there wass no need to use the threat of leaving. The present UK government resemble a bunch of school children trying to prove themselves.

The U.K. is now placed into a corner, having made its bed. Every time a hard Brexit is mentioned, the Pound dives. That is because the outcome is obvious to every one except some hard Brexiters who do not seem to care about the interest of the nation except their own political ambitions.

It is fruitless to try and negotiate an easy-to-bear Brexit. What is the point of it?

There is no need for another time-wasting referendum when we do know full well what is best for the nation, when we know that the real referendum was made in 1975. The simplest solution would be to scrap article 50 and restructure professionally the E.U. government which really should not even be in Brussels.

For God’s sake can we have some people with some common sense to do the job they were elected for and to look after tall nations’ best interests and the EU best interests as a whole? 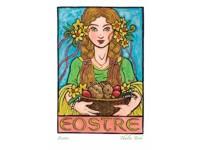 What have eggs got to do with Easter
The English word Easter, though it has come to designate a Christian holiday, actually takes its name from the pagan festival of Eostre, goddess of spring, and has roots deep in Anglo-Saxon mythology.
ALL HISTORY articles