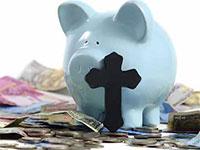 Is there a limit to abusing the dead?

ItÂ’s easy to abuse those who cannot complain.

Funeral charges and costs in the U.K. have reached such proportions that they have finally attracted the attention of the media.

Independent 25/5/2018: Some of the UK’s poorest people are being barred from attending the funerals of loved ones as part of council costcutting, it has been claimed. Families who must reportedly rely on publicly-funded funerals are
told they cannot be at the service.

BBC 1st June 2018: The high cost of funerals is to come under scrutiny, with two separate reviews being launched. For this reason, Spain, as the cheaper option for a decent funeral at reasonable costs, has become a better proposition. Unfortunately, it has also attracted a number of U.K. “funeral” businesses to bring their services to ex-pats in Spain, where they are not really needed, especially they are not when not licenced or if they act in between ‘bona fide’ Spanish licenced funeral directors (agents under the banner of funeral directors).

It’s all very well to jump on the band wagon, but apart from the necessary licences, there is a question of Spanish legislation and formalities that need to be adhered to. What’s more, plus the experience and the ability to perform to the full satisfaction of the deceased’s wishes and that of the family concerned.

It would seem that there aren’t any non-Spanish licenced funeral undertakers; startingfrom there it is recommended that you select a reputable known company with a long history in the area. For your information Francisco Camero is one such company also recommended on the list issued by the Foreign Office in UK.

Funeral Insurance & Funeral Plans
Although they appear to be the same, there is a fundamental difference.
It is cheaper to die in Spain!

Why am I not scared of death?