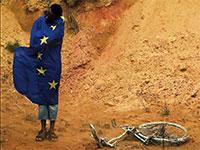 Poor Europe! What a disaster!

WhatÂ’s going on? It just does not compute!

On the one side we have the U.S.A. and recently we have clearly seen where their loyalties lie, quite so I might add. Then we have Russia and China also looking after their own interest, followed by the rest of the world. This is why we need a united Europe, we need to stand up united to defend our traditions, our customs and our economies.

For years I hoped we would have a Europe United under one flag and I was delighted to see it happening. So, what happened? Scotland wants its independence from the UK, probably followed by Wales, Cataluña wants its independence from Spain, the UK wants to Brexit out of Europe, Italy threatens to do the same and so do some
other members of the E.U. It all seems to fall apart, a dream turning into a nightmare.

The problem lies with the greed for money and power of governments elected to look after their own people and that includes the central EU government. Governments can only work when they recognise they are the servants of the people who chose to elect them, they are not superior to their people.

What kind of a reaction do you expect when the E.U. is said to be preparing measures to freeze savers’ assets in banks when the solvency of a bank is in question and when we all know that there is not one bank that is currently solvent. As a matter of fact, not one of the 26 EU governments is solvent.

Let me quote some examples. Brexit was the result of a non-enforceable referendum, acquired through false representations made to voters. The result, which is still being insisted upon, is clearly against the interest of the nation. Economists’ reports, pound value fluctuations, unemployment and general chaos underline this fact. WHY?

We all lived quite happily in the past sharing our economy with immigrants of all colours, nationalities and beliefs. Unfortunately, nothing was done or has yet been done to stop the suicidal invasion of Europe, “the migrant crisis” caused by refugees, mostly men assailing our beaches and our borders armed with cigarettes and the latest mobile
phones. Asylum? From what? WHY?

While immigrants are looked after, housed and fed we have our own homeless living in the street and even asking for food. The International Organization for Migration (IOM) estimates that more than 1,011,700 migrants arrived by sea in 2015 alone, and almost 34,900 by land with an estimated 65.3 million forcibly displaced people. I suspect we do not really know the exact figure of illegal immigrants on our lands, it is said to be 5,365,990 between 2008-2017. WHY?

This is the cause of the strain caused to all our social services, health, housing and even jobs,  illegal labour, crime policing, not forgetting that people “go forth and multiply”. I think that there are solutions to radically remove this problem so WHY? is nothing positive being done?

Is it true that we are giving Turkey 10 billion  Euros a year? What for? They never were, are not and never will be part of Europe! Not geographically nor by any other means. WHY?

Spain, Italy, Greece & Portugal and some other Eu Countries are the largest producers of olive oil in the world. WHY? do we allow imports of olive oil into Europe? We imported from Tunisia 78.77 tonnes within the duty free quota in the 6 months to April 2018. Olive oil is also imported from Morocco, Turkey, Argentina & others.

The EU is the world's largest producer of tomatoes, but growing imports of Chinese tomatoes in Italy are making it impossible for local producers to maintain quality and could lead to the disappearance of the Italian tomato, said industry representatives, who are considering switching to more lucrative crops. WHY?

So what is this love affair with China? Why do we allow unfair and even illicit trading? Did you know that 560 million Chinese parcels a year reach Europe without import VAT? This massive tax evasion is made possible by the EU VAT exemption for postal deliveries from third world countries under EUR 22 value of goods and by the duty-free limit of
EUR 150. WHY?

Asian online retailers avoid customs duties and import sales tax by exploiting problematic EU exemption limits with
deliberate false declarations, even though most products from China range between only 2% and 6% duty. WHY?
But China’s corruption extends beyond trading; so much money is fleeing China, billions every month, that it’s distorting the global economy, particularly in the art market and with real-estate booms in cities like New York. Chinese gangs are laundering drug money through real estate around the world. WHY?

According to www.thelocal.es 17th feb 2016, Spanish police searched the Madrid branch of China's biggest lender ICBC as part of a probe into suspected money laundering, smuggling and violation of workers' rights. “The bank being suspected of being used to introduce into the financial system funds earned through the alleged crimes of smuggling, tax fraud and the violation of workers' rights, allowing the transfer of the funds to China in a way that appeared legal", the police statement said.

Also, according to www.thelocal.es of 24th April 2018, Spanish authorities announced they have pressed charges against Caixa Bank, the nation's third largest lender, for breaching money laundering laws by turning a blind eye to dubious transfers by Chinese companies. WHY?

These are just examples of what is happening in the E.U. and what is causing the discontent in the of its members and the discontent of the people of each member. There comes a point when everything falls apart. Some sense needs to be knocked into these so-called political clowns who forget what their priorities and duties really are. 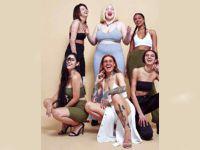 HERE IS YOUR CHANCE TO SEE ME!

DO YOU REALLY CARE