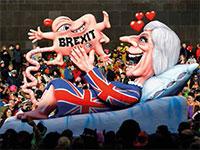 So, what is happening to the Costa del Sol?

I moved to the Costa del Sol some 25 years ago as the U.K. had become part of the EU

I simply had had enough of England and the E.U. presented a great opportunity to start a new life in a better climate and a better place for my children to grow up.

I was not wrong, but I did have to learn the language and learn about the Costa del Sol, which became one of the most popular places for U.K. citizens for holidays, to move to or retire.

I soon found out that this pioneering idea in reality was not as easy as it first seemed when it came to finding a way to make a living. The law, the customs, the procedures and so on had to be learned as well as the language and how to avoid the scams.

Still I found it acceptable to have to work hard to make a living but then the compensation provided by the mild climate, the proximity to the sea, the Mediterranean food, the leisure time all made it worth the effort. Especially (in those days) the peace of mind knowing that we lived in a place where my young children were safe from predators.

After so many years here, just as I was starting to feel comfortable and looking forward to my retirement, suddenly things changed. It all started with BREXIT. Some effing bunch of idiots in the UK decided to lie about the E.U., launched a referendum for which myself and others like me were not allowed to vote and managed to get a very marginal “leave” opinion.

I am no politician but it seems obvious that the “leave” decision was taken for the personal benefit of a few in the present government, despite the fact that the pound went down, the main insurance and banking companies are leaving the U.K. to move
to Brussels, despite the fact that Britain is losing valuable export sales, and what is worst despite the fact that it is quite obvious
even to myself that it is in the interests of the United States to dismember the E.U. I think this is the reason why Boris Johnson and Lafarge are Donald Trump’s pets.

I do not understand why we are allowing this to happen, because it also suits China and Russia to do away with a united Europe, a force to contend with.

Politicians are elected to look after the best interests of the nation that elected them and should do what is best for the nation. Unfortunately this is not the case when you see them persist with policies that are contrary to these interests with brazen lies and false promises, while assuming that the people are idiots.

Of course, these are not the only factors that affect us here in Andalucia. We have the African invasion of Europe to deal with and
the strain they are putting on our common resources that tax payers are paying for. A problem originally created by Germany, but finally Italy has given an example on how to solve it.

Not easy when so many E.U. politicians are plainly corrupt while openly lining their pockets. Not easy when the U.K. breaks up Europe and Catalunia wants to split Spain and Scotland split The U.K.

Of course, there are other factors at play, but then I do not have enough space to write a book. I think there is a country  somewhere, not sure if it is China, where politicians caught for malpractice are executed in public. I my opinion Donald Trump is not welcome in Europe and he should mind his own business; the UK does not need trade deals with him or any other non-European
country. As a whole Europe should ban all imports from China because they are getting  at by destroying our economy.

The number of British citizens on the Costa may have been reduced by these and other factors but it is certain that the number of other nationalities coming to Andalucia has increased. I just have to start practicing on my Italian, my French and possibly learn to communicate in German. Mind you they all speak Spanish anyway. 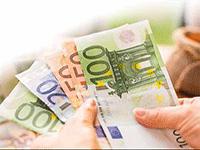 Cash Payments
Payments in cash are part of everyday life, but...
BEWARE of the NEW MEASURES against tax fraud on rental transactions

EXPENSES that are NOT tax deductible