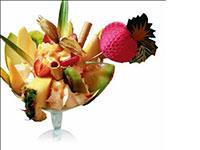 In short, it would seem that ice, or better to say, snow topped with flavours was originated in China as a special treat reserved for nobility and it is said that Marco Polo introduced the idea to Italy alongside the spaghetti. Still reserved as special treat, the Roman emperor Nero delighted himself with snow topped with fruits and juices. An example followed by Caterina de Medici who introduced the idea to her husband Henry II of France. It wasn't until 1660 that ice cream was made available to the general public.

Ice cream is no longer, just a treat for the elite, it is found in almost every restaurant, or corner store, and is recognized globally as the perfect summer treat. There are over 1000 known flavours of ice cream in existence.

While Italy cannot take credit for truly inventing ice cream, it has done more for the evolution of iced desserts than any other country. It was in Italy that the ancestors of ice cream and gelato turned into more than just regional treats. With such a long history
of ice cream innovation it would seem that such Italian frozen innovative creations are far from over.

There is a difference between the true Italian ice cream, gelato, and what we see on offer as ice cream. Gelato is made with fresh milk which allows the flavours to stand out, and, with less air whipped into it, it is softer and much denser. The other difference is that real Italian ice cream offers fruit favours made with real fruit, no artificial additives such as flavours and colours.

It is certainly true that gelato is the best ice cream in the world and you will only find it in GELATERIA ITALIANA, where the gelato is prepared on the premises and not made industrially, there is quite a difference.

Here on the Costa the GELATERIAS are few and far apart, we can introduce you to La Italiana in Estepona, a genuine outstanding gelateria that will certainly impress with their flavours and varieties. A corner of Italy on the Costa del Sol. 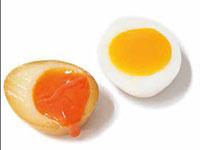 What is cooking in Benahavis